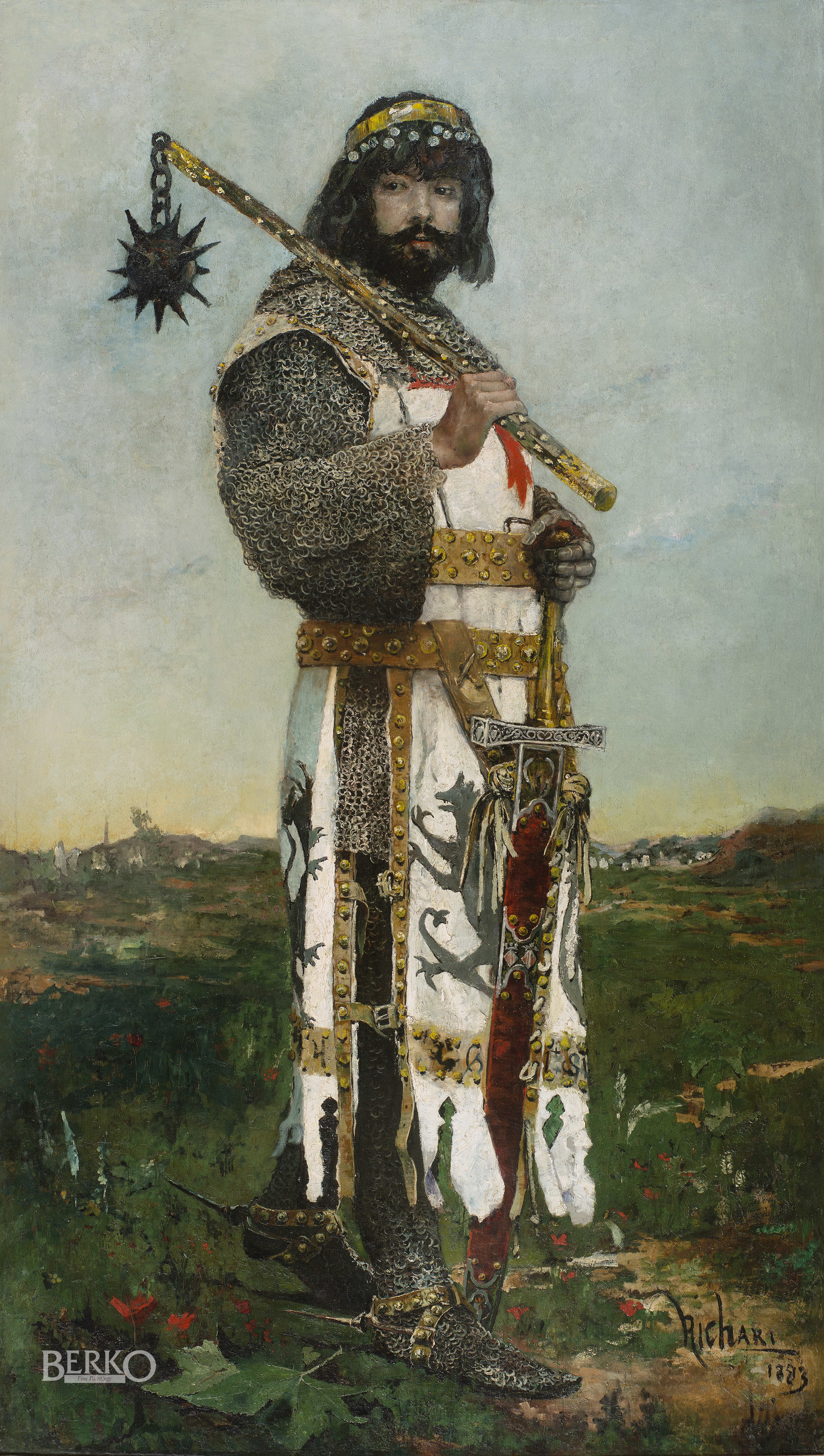 Fernando Richart Montesinos was a Spanish painter active in Valencia. He was born in Castellón de la Plana in August 1858 and also died there in 1884. He was a student of the Escola de Belles Arts de San Carlos in Valencia. In 1877, he exhibited his first painting, entitled “La Mascarada”, at an exhibition organized by the Academy following King Alfons XII’s visit to Valencia. It was a great success and predicted a bright future for him. Two years later, in 1879, he won a silver medal with “La Modelo” at a competition organized by the City of Valencia. A similar painting was shown at the National Exhibition of 1881 and at a regional exhibition held in Valencia two years later. This confirmed his artistic qualities.

Encouraged by his success and believing that the time was ripe to paint the bigger picture of history, he exhibited a large history piece (390 x 665 cm) under the title “Entrada triunfal en Valencia del rey don Jaime el Conquistador (año 1238)” (“The Triumphant Entry Into Valencia of King Don Jaime I, The Conqueror, in the year 1238”). Nowadays the painting is in the collection of the Prado in Madrid. The work depicts the capture of Valencia from the Moors by King Jaime I of Aragon on September 28, 1238. His triumphal entry took place on October 9, 1238.

The character in our painting is the same knight depicted to the right of the king’s horse in this world famous painting.