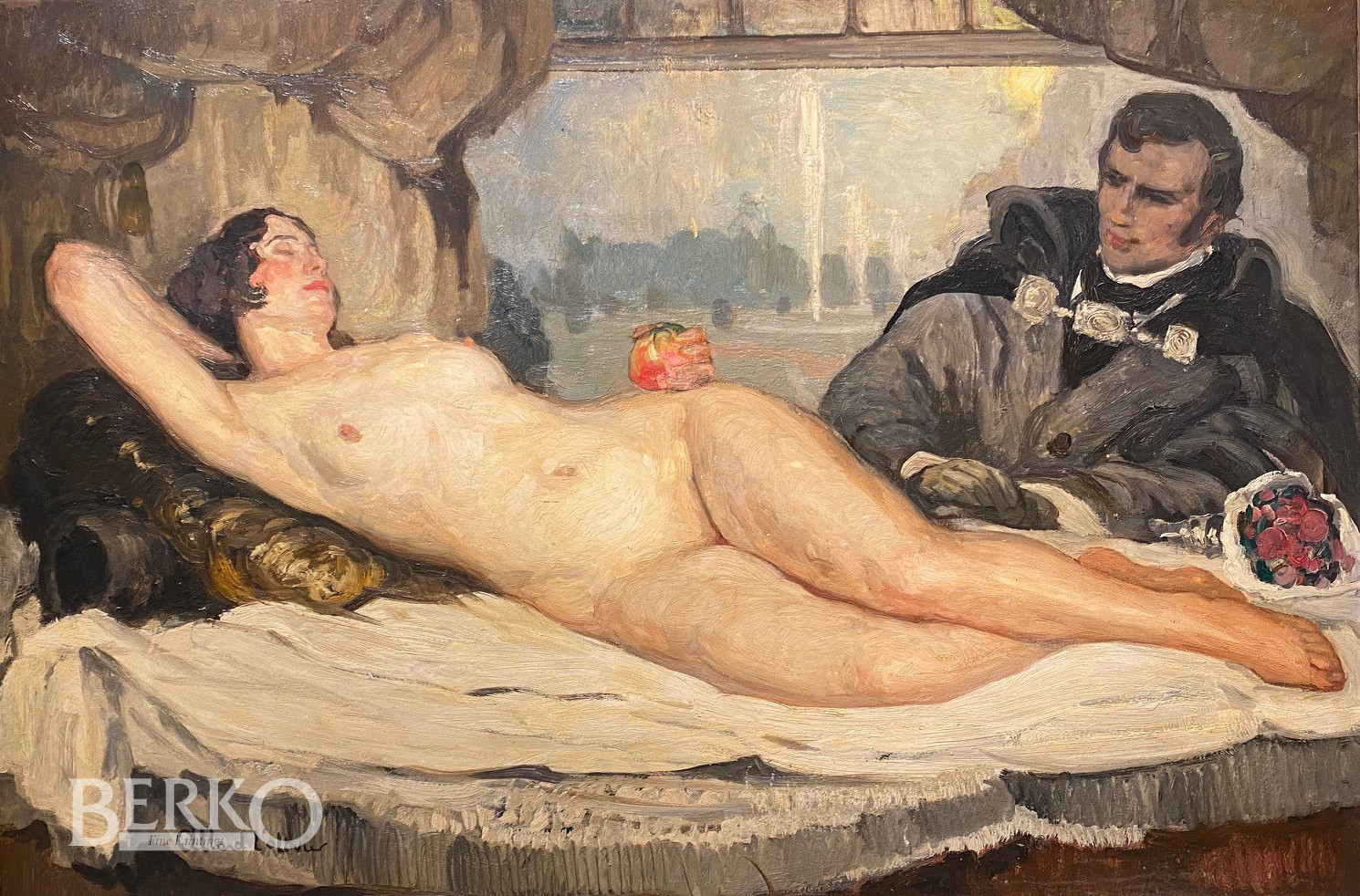 Fernand Allard l’Olivier was a pupil of the painter of historal subjects Jean-Paul Laurens in the Bouguereau workshop, who insisted he should paint large scale paintings, a.o. for the Quaregnon Volkshuis and the Colonial Exposition in Antwerp.

Under the influence of Jules Adler he evolved to a harsh realism, later on softened by his decorative talents. The First World War ended this inspiration, him being involved in war paintings. He became a painter of action scenes and public life and made some large compositions. In 1928 he lived in Belgian Congo for six months, collecting drawings and engravings.