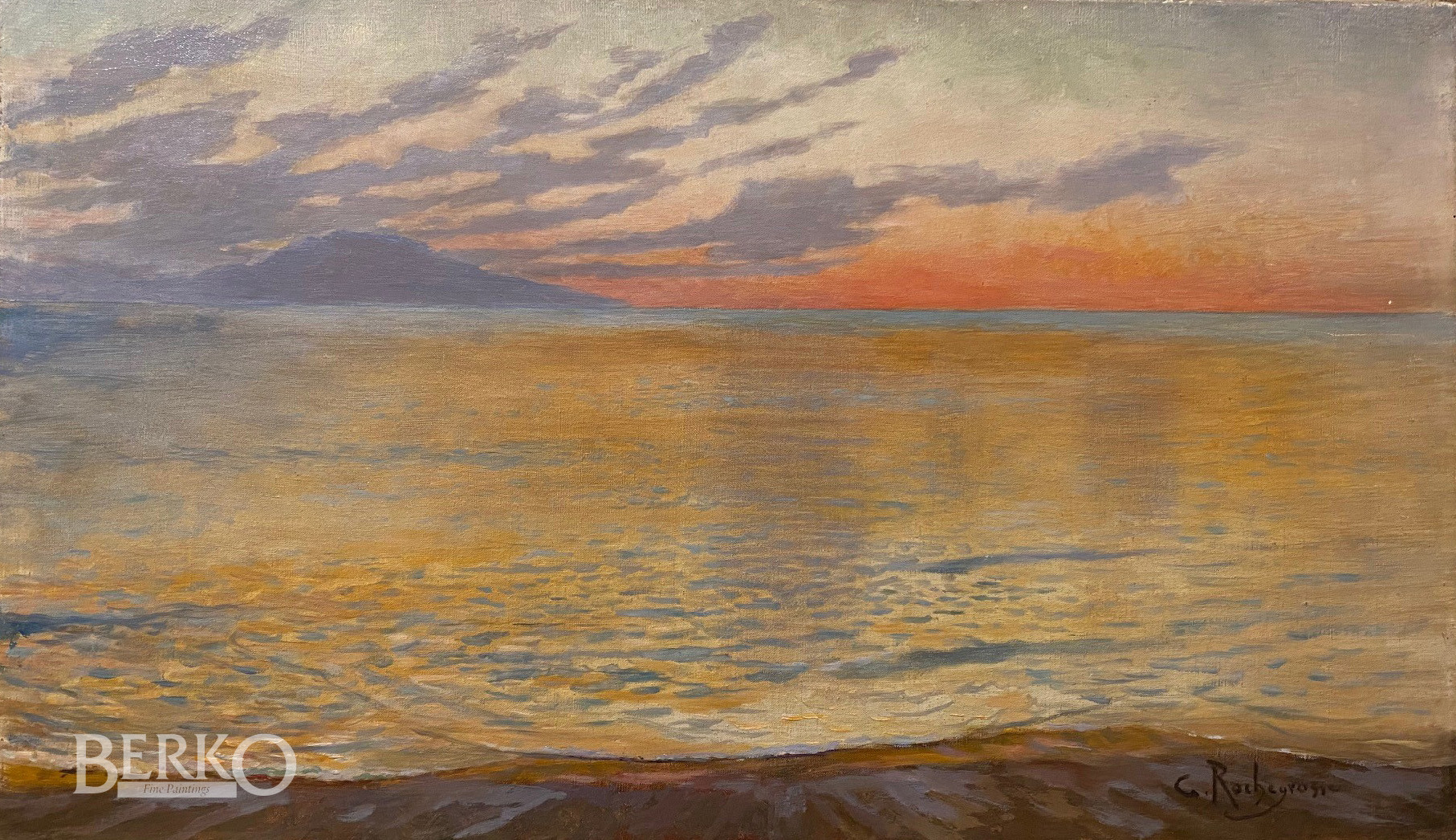 Abandoned at an early age by his father, Rochegrosse became the stepson of Théodore de Banville upon his mother’s remarriage. In this new artistic and intellectual family surroundings he first received advice from Alfred Dehodencq, then, aged 12, from the Académie Julian. Whilst benefitting from the liberal teachings at the Académie Julian, Rochegrosse entered the Ecole des Beaux-Arts and was entered for the Prix de Rome competition on two occasions. In 1883 he won the Prix du Salon, which enabled him to visit Italy. He subsequently travelled to Belgium, Holland and Germany.