Home / Catalogue / AT THE CASTLE 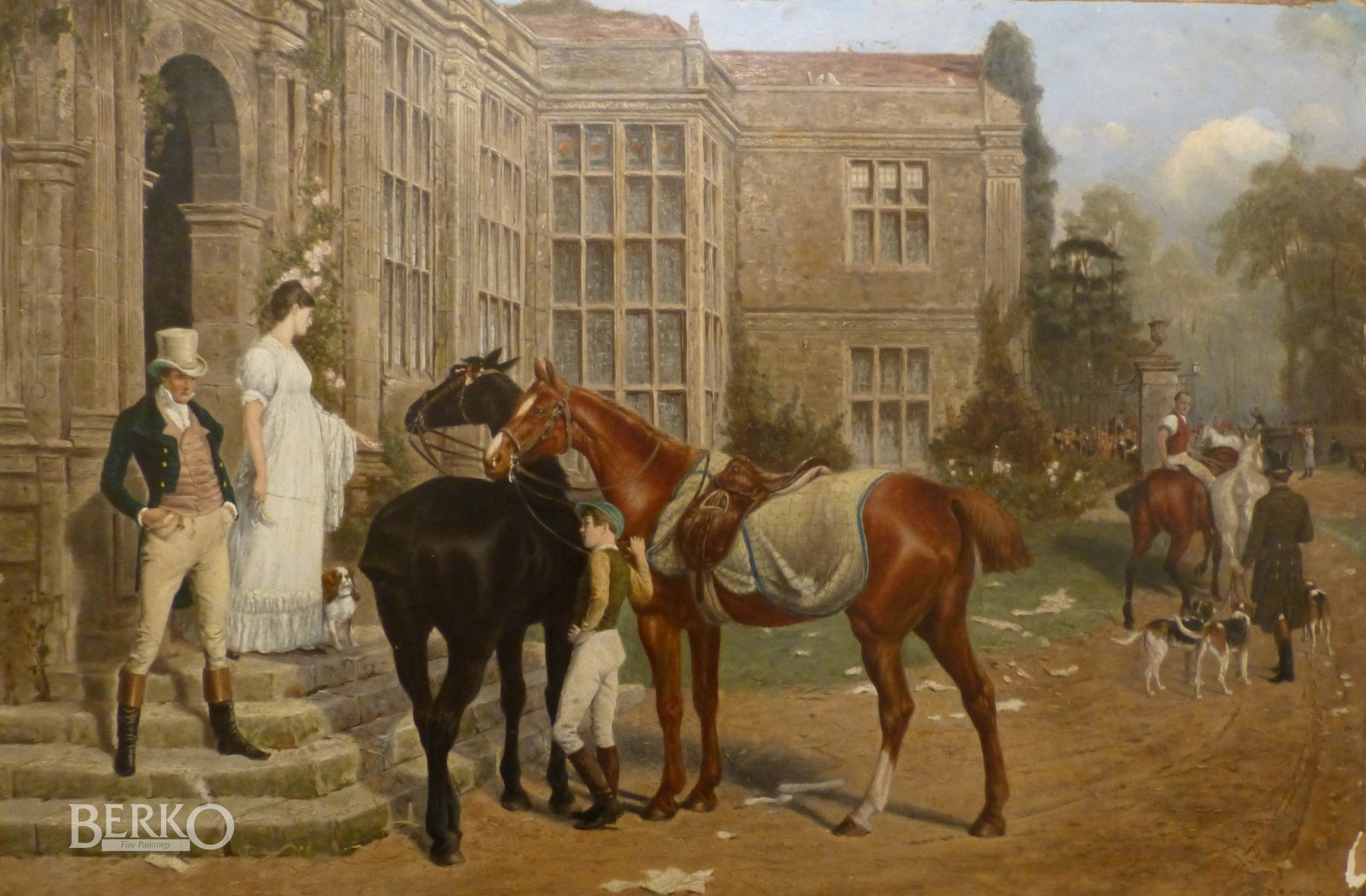 Samuel Edmund Waller was born in Gloucester on June 16, 1850 and died in London on June 9, 1903. He studied in Gloucester under John Kemp. He worked for his father, an architect, and on their farm, making many studies of animals. He also worked as an illustrator for “The Graphic”. He went on to exhibit in London from 1871 on. He married to Mary Lemon Waller, who was also a painter. He was a member of the Royal Institute of Oil Painters.

Most of his works are romantic subjects set in 18th century costumes.

Works by him are in The Tate Gallery in London.