Home / Catalogue / AT THE PARIS SALON 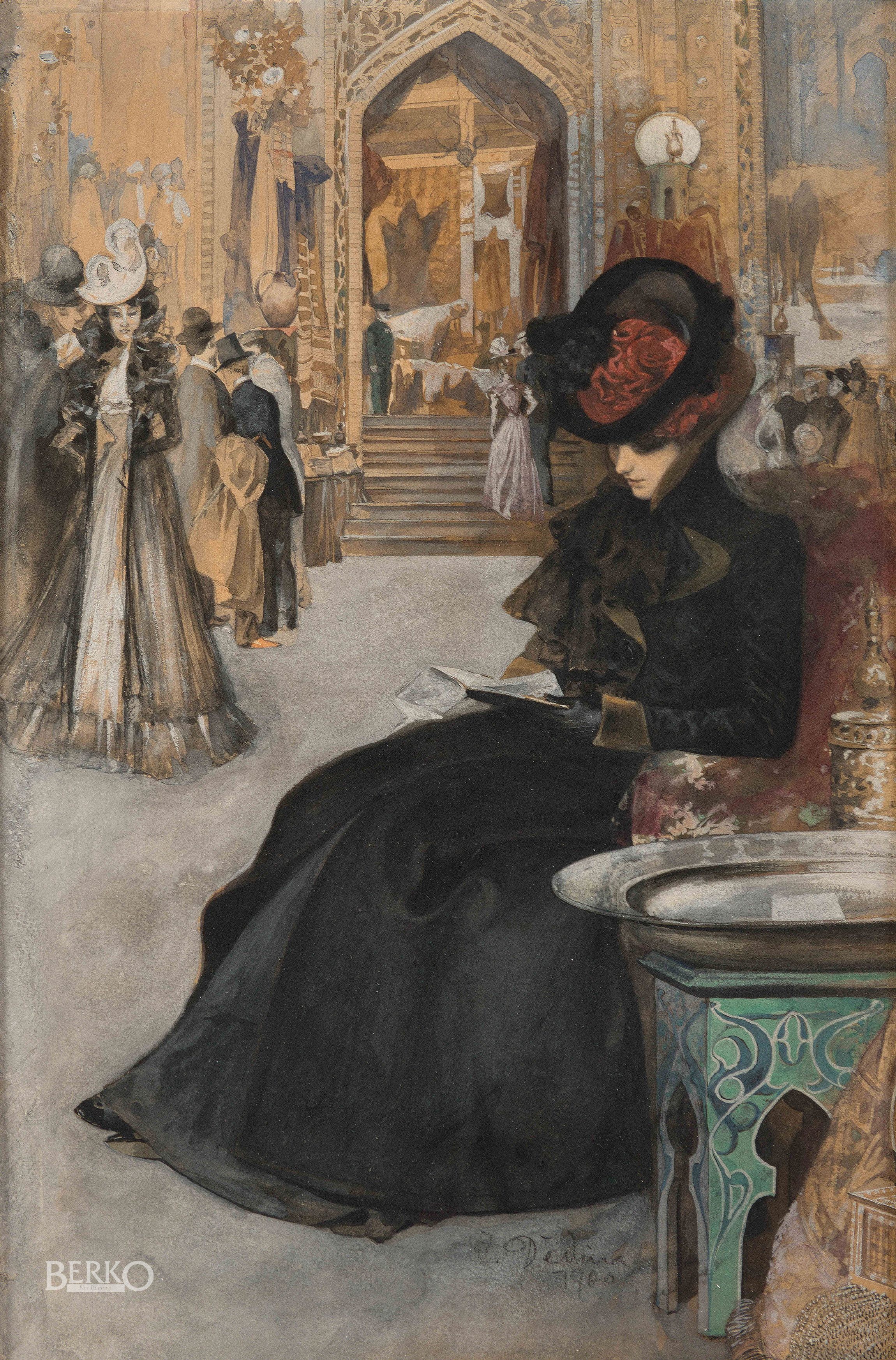 AT THE PARIS SALON

Jan Dedina was a pupil of Josef Zenisek at the Academy of Prague. He collaborated in 1895 in Paris at the ceiling of the Comédie Française.

Dedina was a member of the Société Nationale des Beaux-Arts from 1903 on. He painted Biblical scenes, such as “Sermon on the Mount”, famous people including “Joan of Arc” and “Life of the Martyr Jan Huss” and scenes from daily life, such as “The Luncheon”.

This gouache is excellent evidence of the lessons Dedina received from modern French art while he resided in Paris. The elegance of the Art Nouveau lady refers to the master draftmanship of an entire generation ‘Bohemian Parisians’, who included artists like Marold, Simon, Mucha and Oliva. Their brisk, energetic painting was primarly used in modern illustrations in local and foreign press at the turn of the century.

This drawing was reprinted as a color supplement in Zlata Praha (1901/ Volume 18), which points to its exceptional quality.