Home / Catalogue / CHINESE BOAT AT THE BAY OF DING HAI 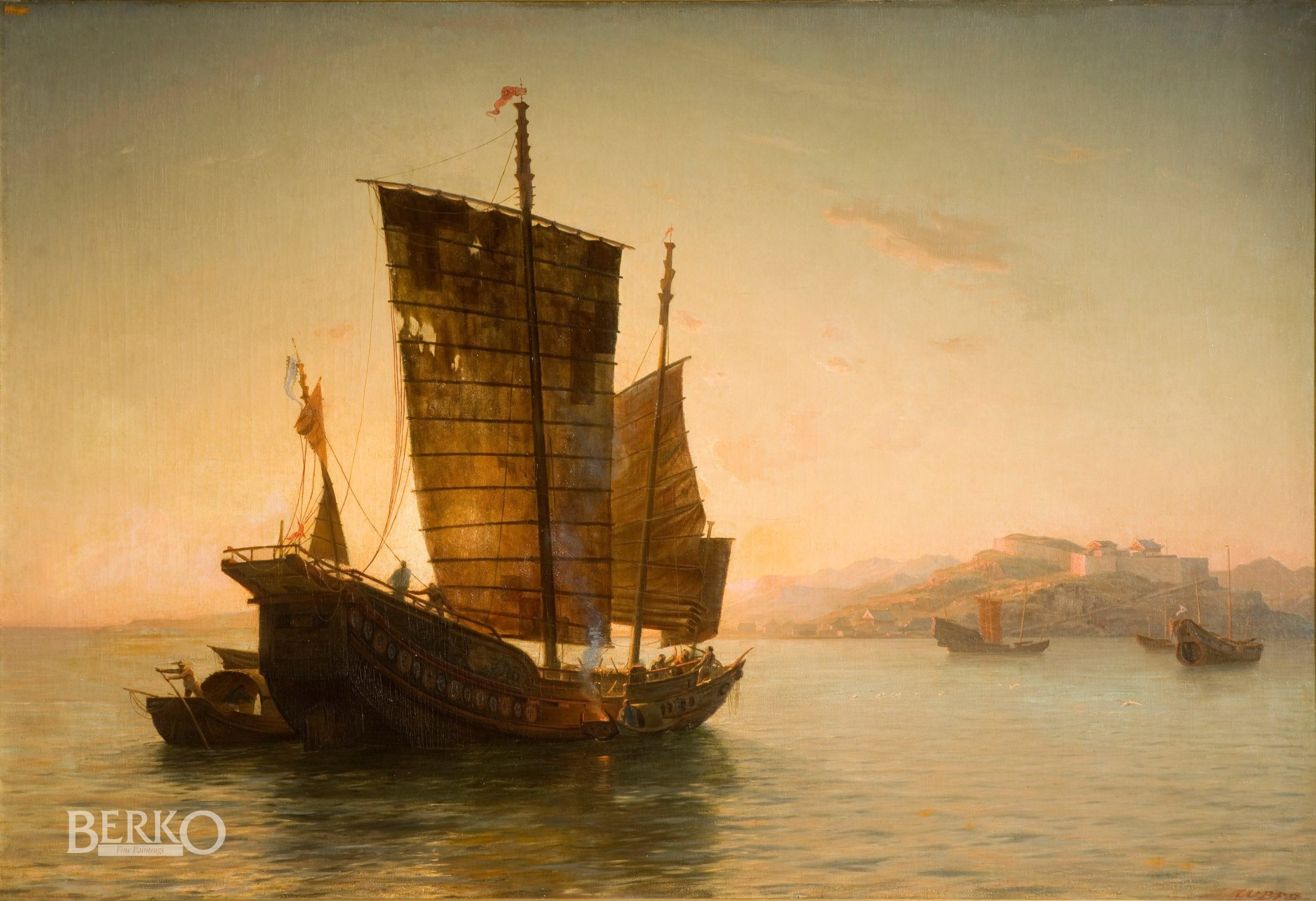 CHINESE BOAT AT THE BAY OF DING HAI

Jean Henri Zuber began his career as a naval officer, travelling the seas of China and Japan from 1865 to 1867 and took up painting permanently from 1868. He enrolled at the Ecole des Beaux-Arts in Paris, attached to the studio of Charles Gleyre. He worked in Paris itself, in the Île de France, in Alsace and in the Jura, in Brittany and on the Côte d’Azur as well as in Italy and Switzerland. He was a member of the panel of judges at the Société des Artistes Français, where he exhibited his work from 1869. He was also active in the Société des Aquarellistes Français from its beginnings.

He worked in the ‘outdoor’ spirit of the Barbizon painters and was a friend of Corot. He left many views of Paris. A fine watercolourist, he was particularly renowned for his experimentation with light from 1880 onwards, a daring innovation found also at this time in the work of Harpignies, with whom he shares a number of common characteristics. His drawings and colours show great sensitivity. His later watercolours reveal the essence of a scene, in which all details are omitted. His style is therefore somewhat reminiscent of Chinese painting.

His works can be found in numerous museums all over France and the rest of the world.