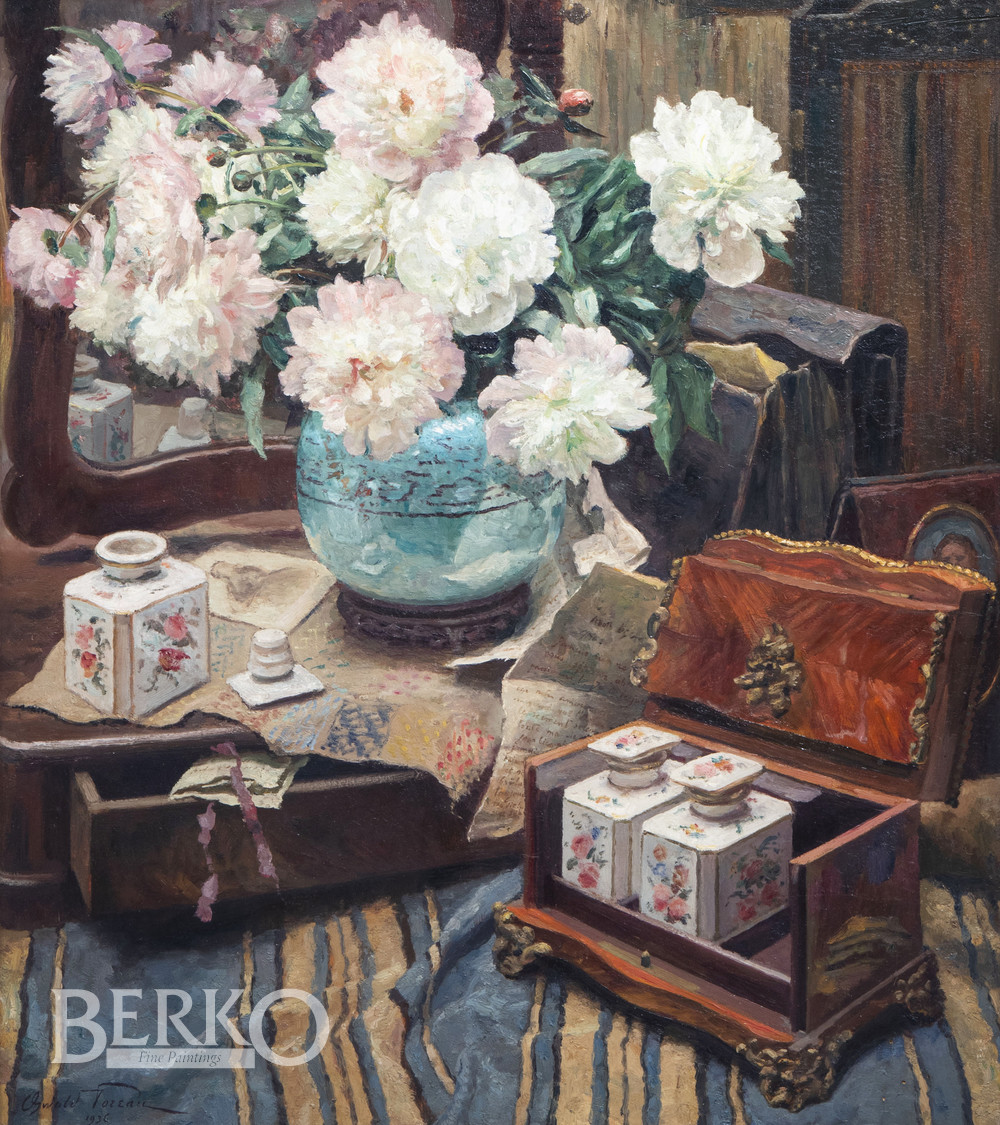 Oswald Poreau was a pupil of the Brussels Academy. He settled down in Paris and worked in Barbizon. He returned to Belgium and traveled many times to Germany and England, but foremost to France, especially to Brittany, where he would return often.

In 1906 he met M. Blieck, who would influence him considerably.

Retrospectives in 1958 in Antwerp and in 1961 in Brussels