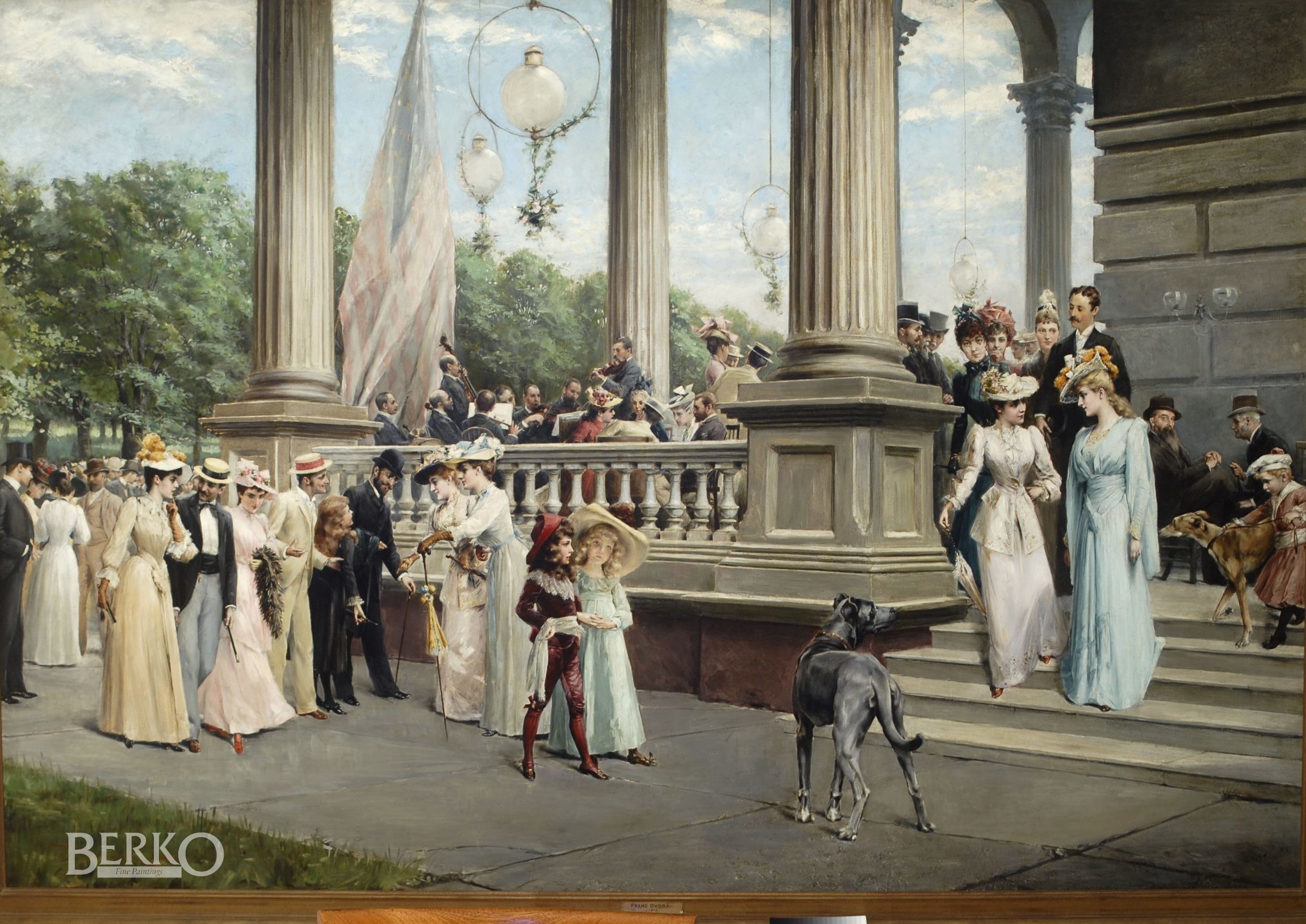 Franz Dvorak studied at the Academy in Vienna and worked in France, the United States and England. He lived in the United States from 1890 to 1898, where he executed several portraits. He settled in France, where he painted symbolic subjects in which the arabesque and soft tones of his compositions are reminiscent of the art of the Pre-Raphaelites. This became more marked after 1904 when he moved to London. He exhibited at the Salon des Artistes Français in 1898, 1903 and 1904 and at the Exposition Universelle in 1900. In London he showed paintings of religious subjects at the Royal Academy in 1909 and 1911.

This particular panting represents the Vanderbilt family, once the wealthiest family in America. 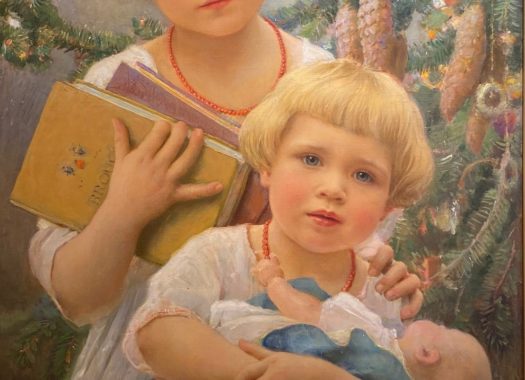