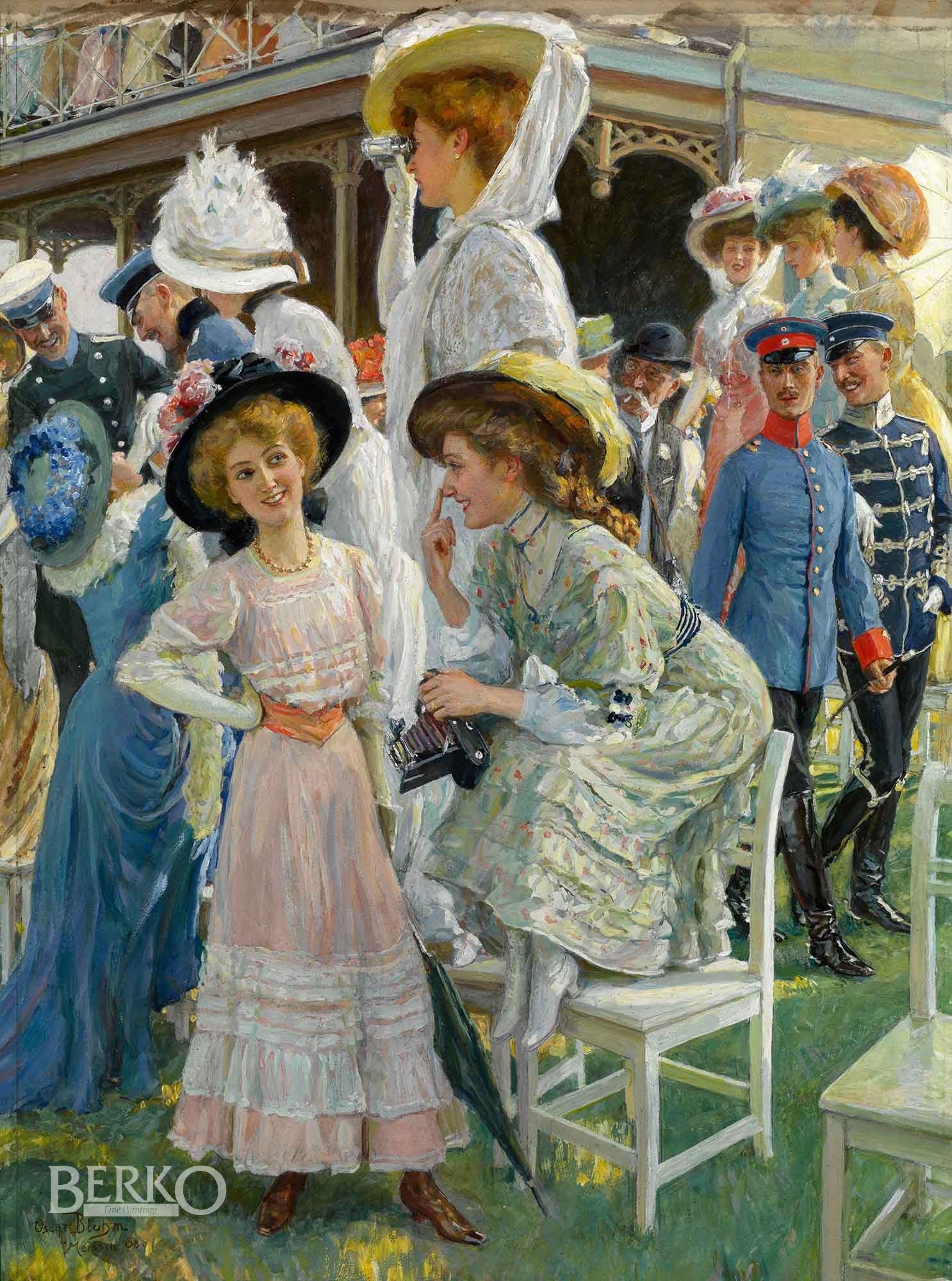 “ELEGANT LADIES AT THE RACES”

Painter of genre scenes, portraits and, at the beginning of his career, military subjects; painter of gouaches, watercolourist and draughtsman.

Oscar Bluhm was a pupil of the Berlin Academy of Fine Arts, where he studied under Anton Alexander Von Werner, its director, who was 25 years his elder and whose work was strongly influenced by the Prussian patriotism during the Franco-Prussian War of 1870. By the time Bluhm reached the summit of his career, it was into fashion, as opposed to formal portraits, to paint women at home or in a garden relaxing in natural poses. The bourgeois wished to emulate the aristocracy and these portraits of themselves enjoying their leisure time were a testament of their affluence.