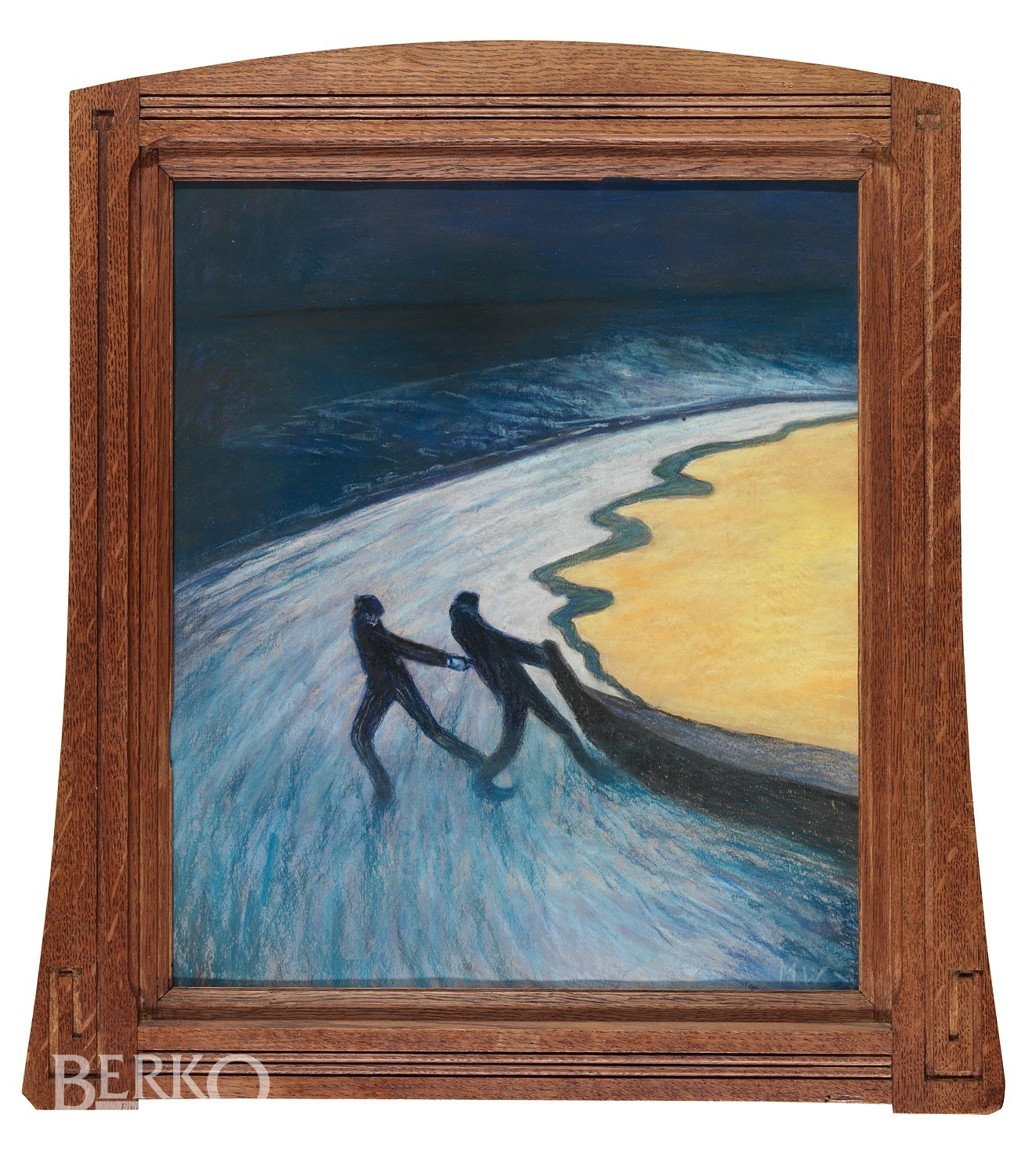 Marianne von Werefkin (or Marianna Vladimirova Verefkina) was the product of two aristocratic families – her father was a high-ranking soldier and her mother an amateur painter. After three years at the Academy of Fine Arts in Moscow, in 1886 she moved to St Petersburg, where her father had just been transferred, and was the favourite pupil of Ilya Repin, the main representative of the Travelling Group movement that would bring russian Realist painting of the 19th century to a close. In 1891, as a member of Repin’s entourage, she met Alexej von Jawlensky.

Her painting had a totally symbolist relationship with reality. Starting from a hard and primitive design, with dark colours applied in brutal oppositions, everything that she depicts is charged with another meaning than would be obvious from first sight.