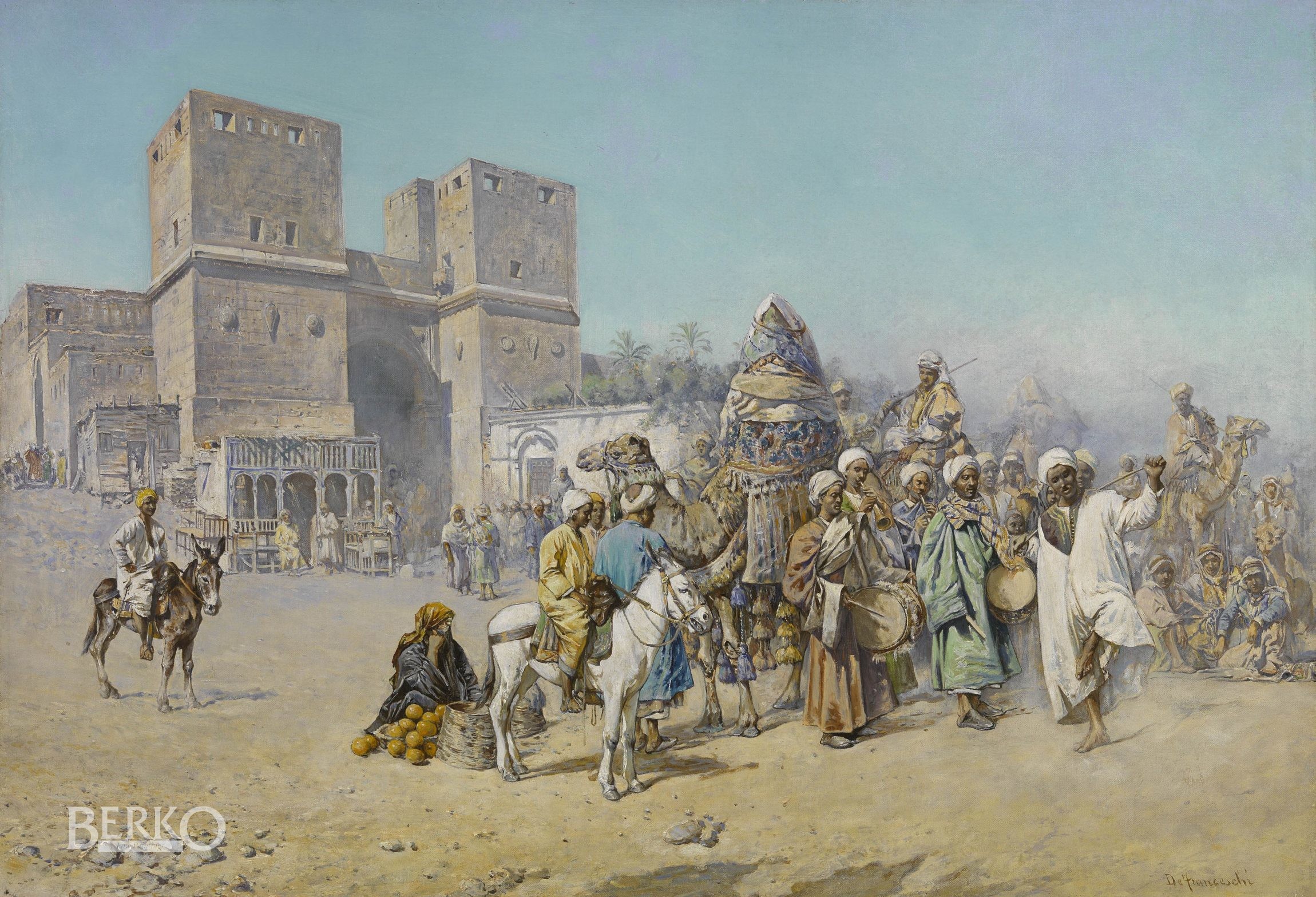 IN FRONT OF THE BAB AL NASR GATE, CAIRO

Painter of genre scenes and landscapes; watercolourist and draughtsman. Orientalist.

Mariano De Franceschi studied at the Academia di San Luca in Rome before perfecting his skills in the studio of the Spanish painter Baldomero Galofre y Gimenez. He exhibited in Turin in 1884. He travelled to North Africa.

Some of his works are exhibited at the Galleria Nationale d’Arte Moderna in Rome.