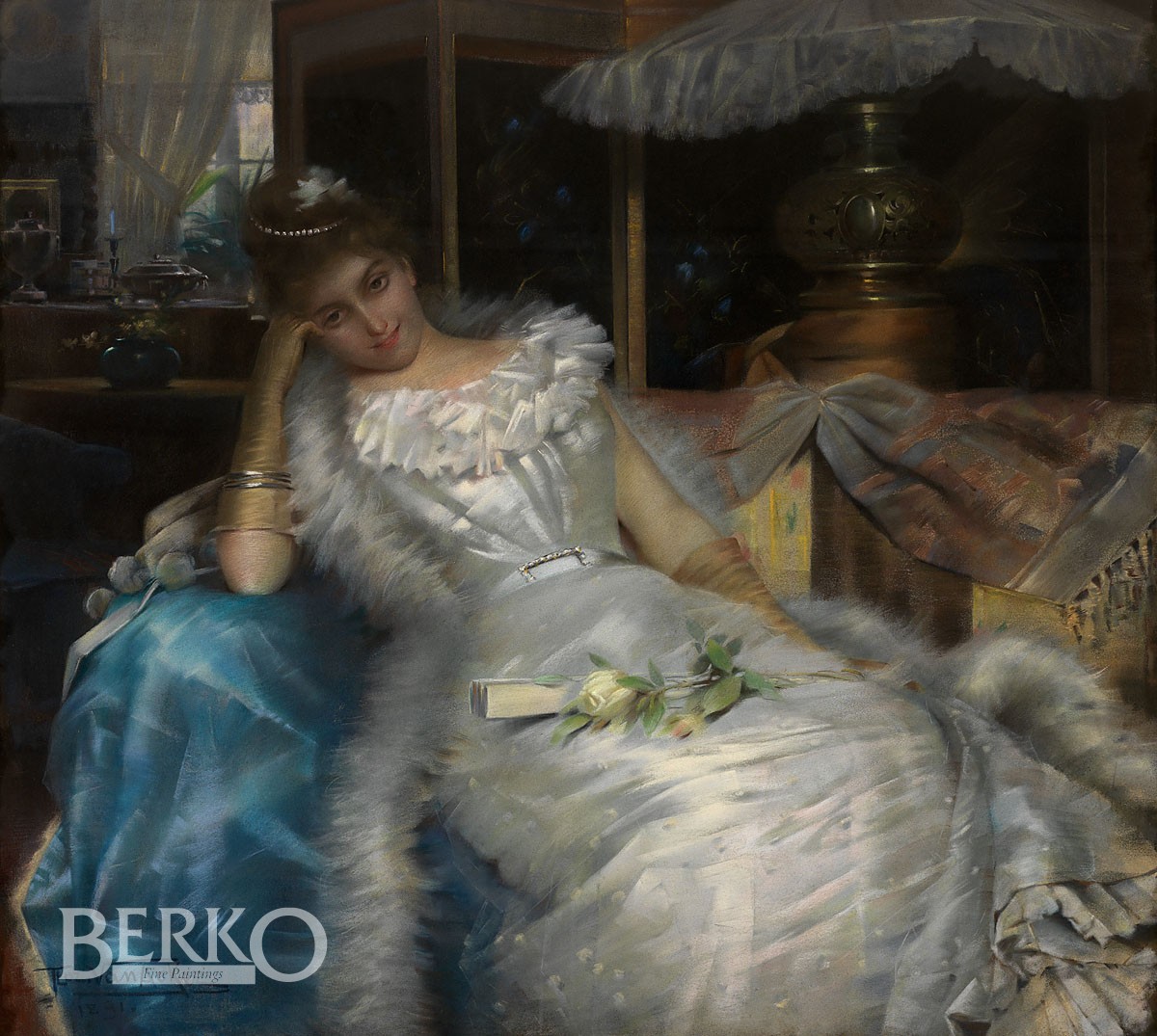 Floris Van Acker painted in a romantic impressionism style. He was a pupil of Wallays and Van Hollebeke at the Bruges Academy and then studied under  Charles Verlat at the Antwerp Academy.

He was awarded the second Prix de Rome in 1883. Van Acker was also a student of Jean-François Portaels in Brussels.

He visited Germany, The Netherlands, Italy, France and England. He was the director of the Bruges Academy from 1910 till 1926. He exhibited in Ghent, Brussels, Paris, New Orleans, Adelaide and Melbourne.