Home / Catalogue / IN THE MORNING 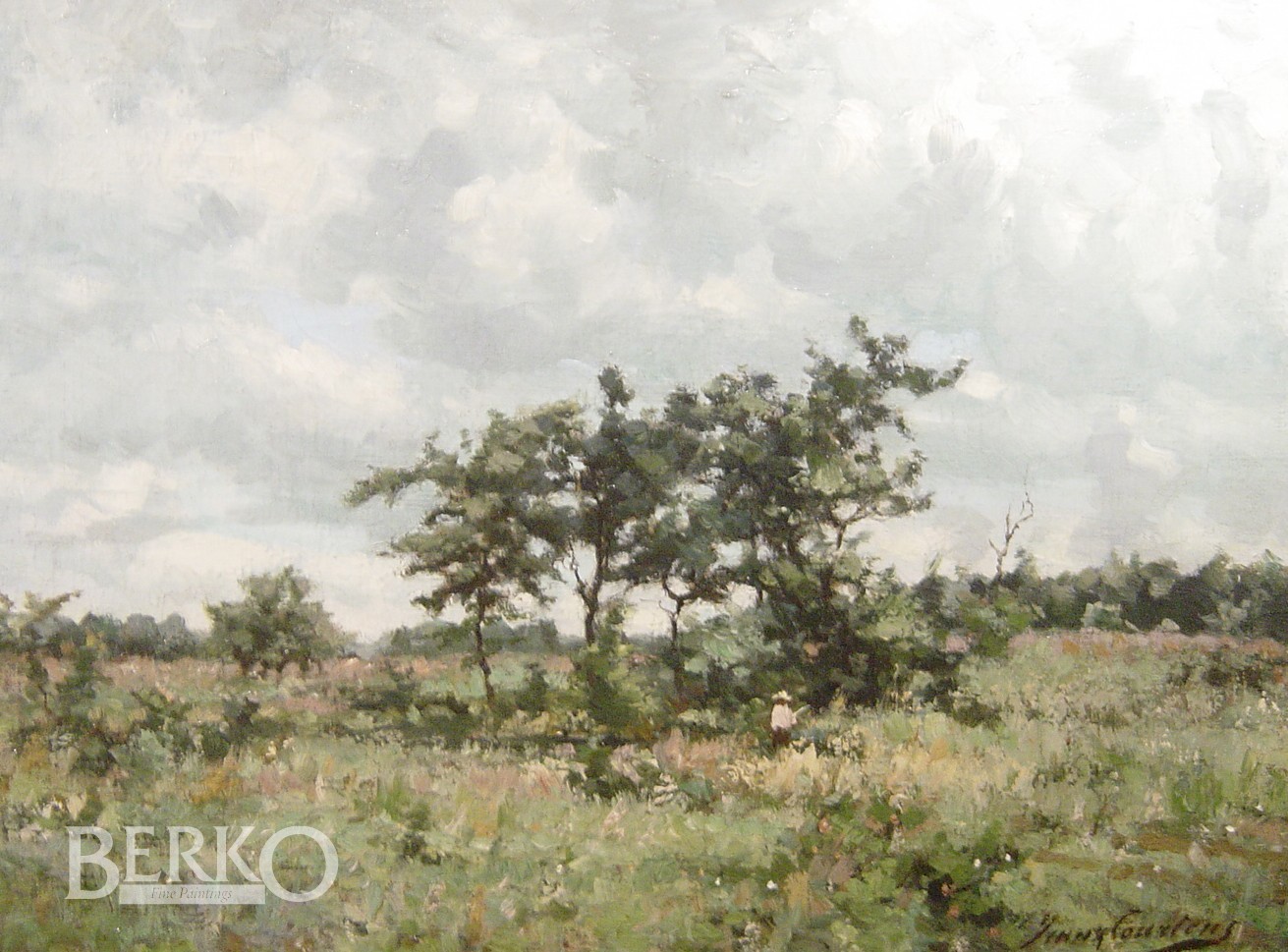 Franz Courtens was a pupil at the Termonde Academy under Isidore Meyers. He settled down in Brussels in 1874 and attended the Fine Arts Academy and the Académie Libre de la Patte Dindon, where he completed his technical training.

His pictorial talent is distinguished by the astonishing energy of his temperament and by his impulsive and spontaneous inspiration. He worked mainly in the Campine region and in Zealand. He participated at several Salons in Belgium and abroad.

Although Courtens belonged to the Termonde School by origin, he was a colourist in the traditional sense of the word. He produced works of real and sound boldness. He remains one of the most astonishing pictoral phenomena of the Belgian School.