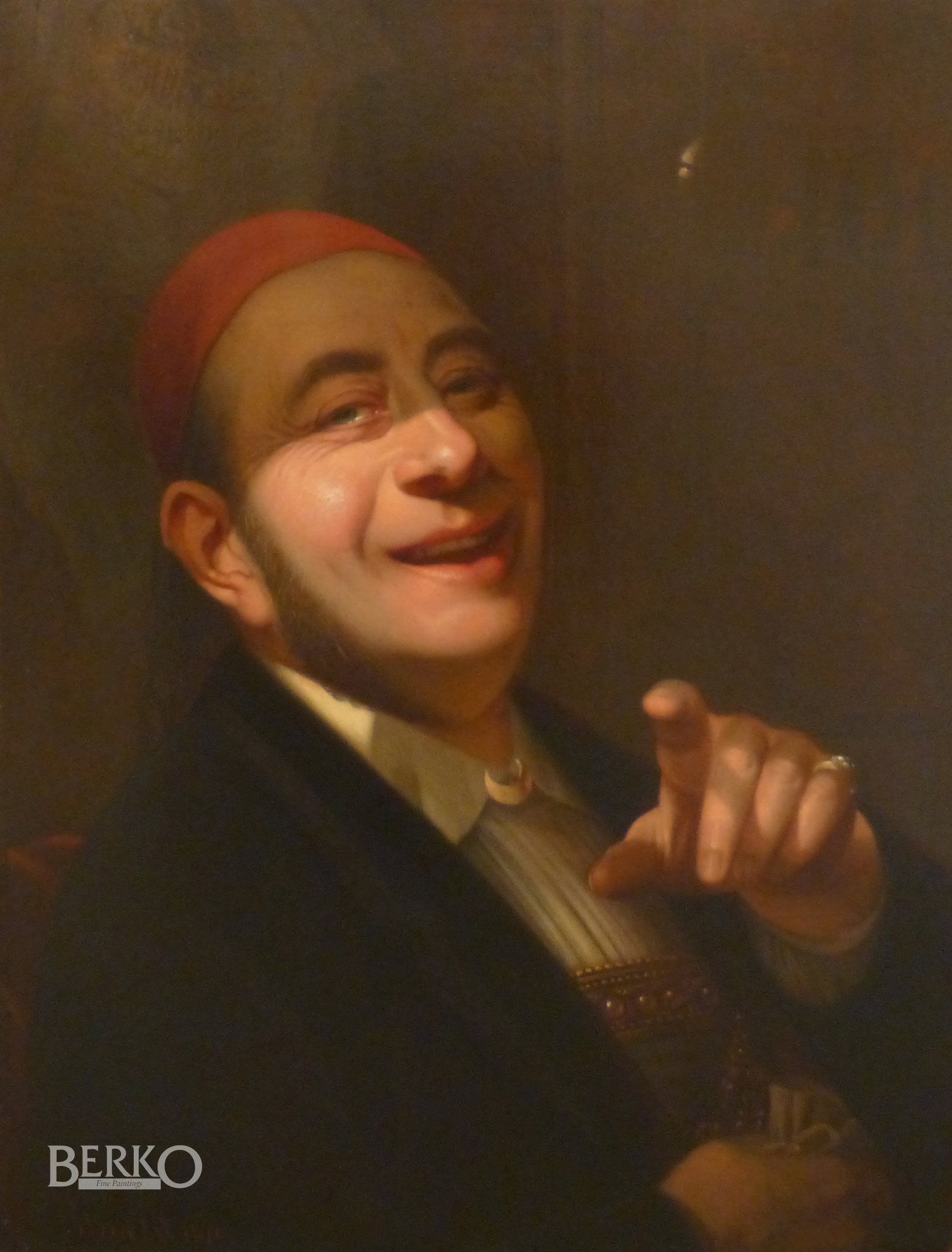 Joseph van Lil was born in Oisterwijk The Netherlands, on September 29, 1826 and deceased in Antwerp on May 23, 1906. He was active from 1864 till 1878. He was a son of the North Brabant couple Hubertus van Lil, master plasterer, and Adriana van den Boer. At the age of 20 he went to Antwerp to train as a traditional (house) painter. In his spare time he practiced painting and that would eventually become his professional career. From 1856 onwards he is known as a painter.
van Lil produced portraits and genre paintings as well as religious work and made copies of works by famous masters. He took part in several national art exhibitions in Belgium. In 1880 he participated at the XXXIth Triennal in Ghent. He married Maria Francisca Josephina Wijnants (1827-1907) from Antwerp on April 8, 1850. The marriage was blessed with six sons and two daughters. Despite his permanent residence in Belgium, which had seceded from the Netherlands in 1830, van Lil remained true to his Dutch nationality. Joseph van Lil’s success as an artist is apparent from the purchase in 1866 of the historical complex de Biecorff on the Eiermarkt, 7, in Antwerp, where he and his family went to live. After his death, on May 23, 1906, the complex would remain in the hands of his descendants until 1987.