Home / Catalogue / MUSHROOMS IN THE FOREST 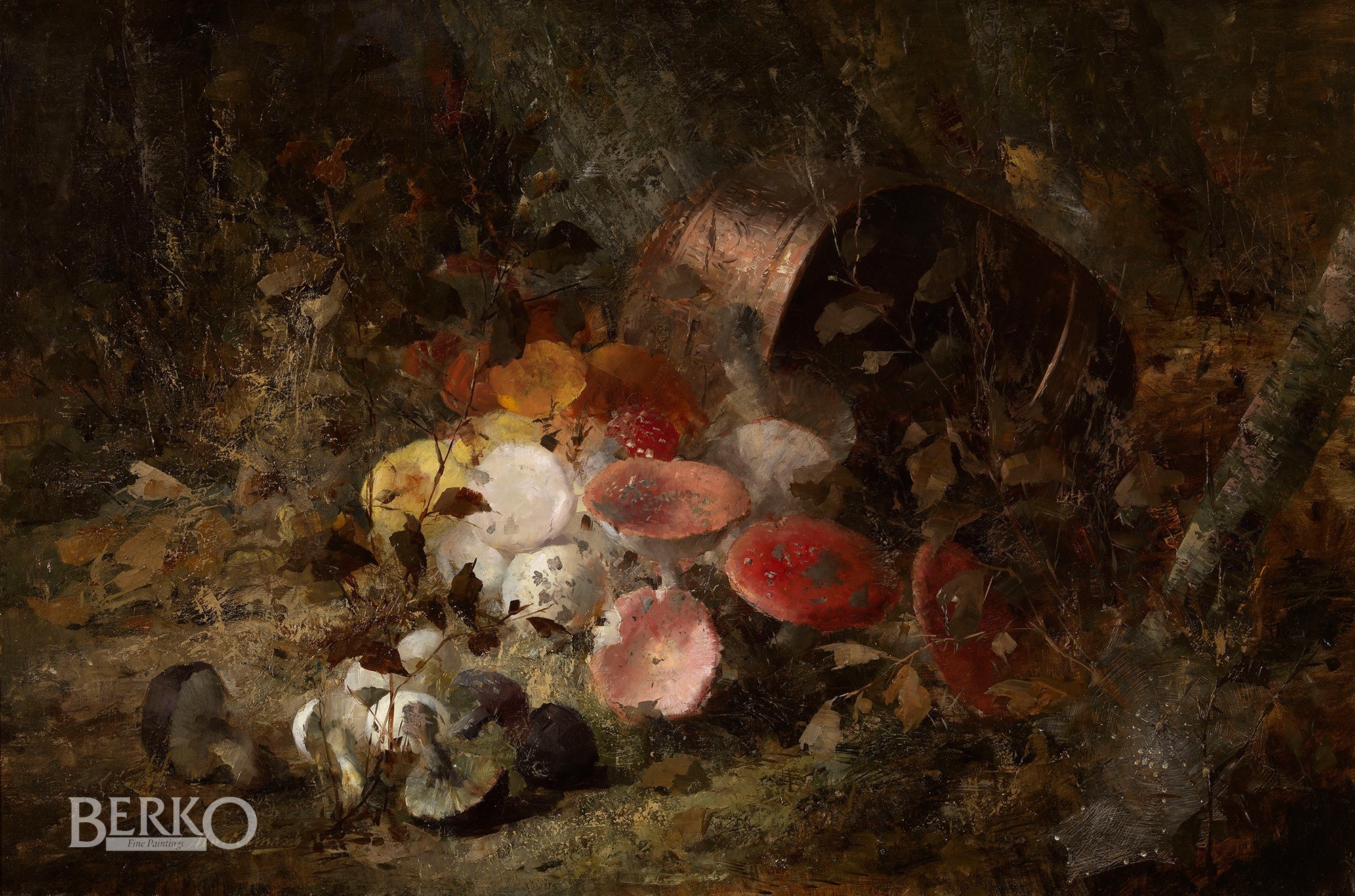 MUSHROOMS IN THE FOREST

Frans Mortelmans studied at the Antwerp Fine Arts Academy under the direction of Lucas Schaefels and Charles Verlat (1876 – 1886) and at the Antwerp High Institute of Fine Arts (NHISKA) under Albrecht De Vriendt (1887 – 1891). For a while he was a pupil of Frans Van Leemputten as well. Frans Mortelmans was the brother of the composer Lodewijk Mortelmans. He started his career as a painter of portraits and figures, but from 1892 onwards, after setting up his own studio, he almost exclusively painted very decorative and harmoniously composed still lifes and flowers, in which he excelled. Impressionist touch, realistic design. He specialised in pastels. He ultimately became a professor at the Berchem School of Fine Arts in 1901. Two of his most famous students were Joris Minne and Antoon Mastboom. He became an Honorary Director of the Berchem Academy in Antwerp. 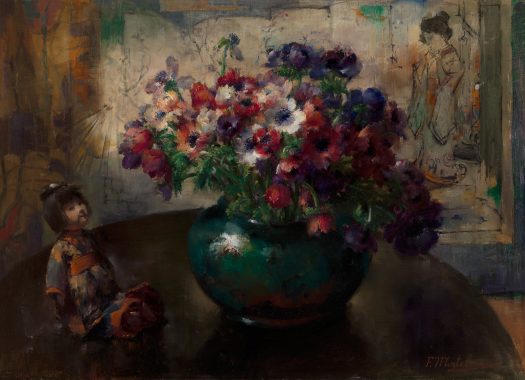