Home / Catalogue / ON THE BEACH 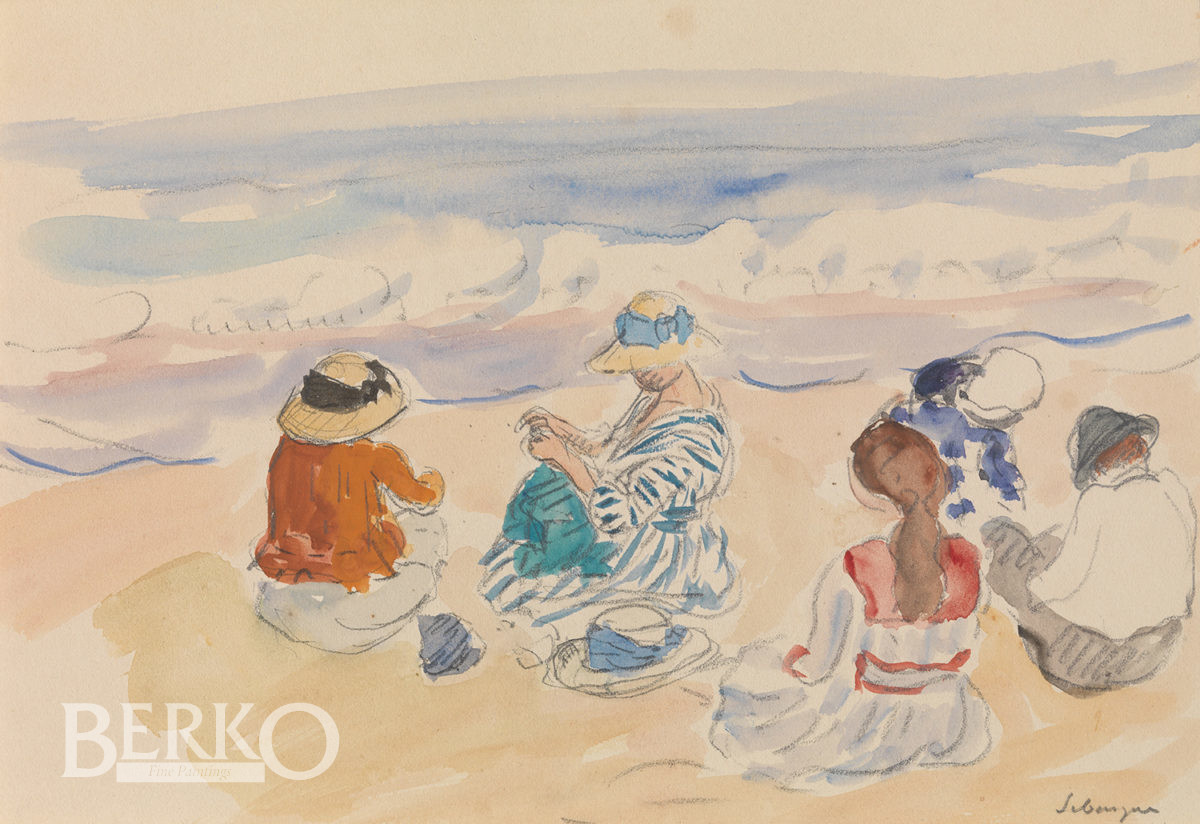 Henri Lebasque studied at the School of Fine Arts in Angers before moving to Paris in 1886 where he was a pupil of Bonnat and Humbert. He took part in collective exhibitions. He was a friend and a neighbour of Bonnard, with whom he shared certain themes and subjects. He was wrongly been grouped with the Fauvists, but this was because he exhibited with them, notably at the Salon d’Automne. He admired and was befriended with Matisse, Rouault, Dufy, Valtat and Manguin, but this did not affect his own personality and he enjoyed both success and critical acclaim during his lifetime. He worked on the decoration of the Théâtre du Champs-Elysées. His figures were members of his family and his scenes were the places he lived for long periods.