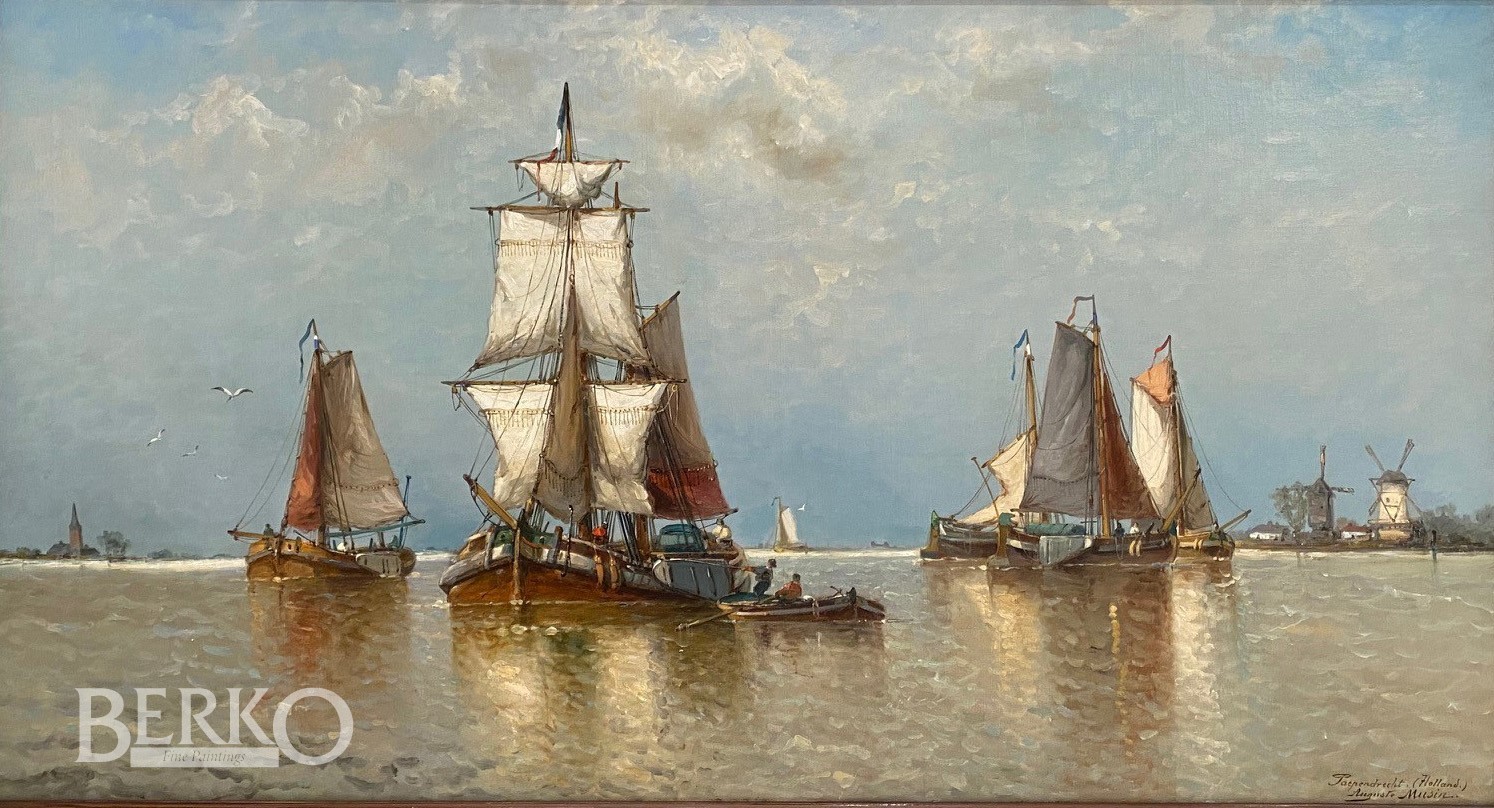 Auguste Musin was the son and apprentice of the navy painter François Musin. From 1869 to 1914 he participated in the official Salons in Belgium and abroad.

Auguste painted seascapes in a realistic, later in an impressionist style. He continued to work in line with his father’s later work.

He has received several awards. He eventually settled in Brussels.