PORTRAIT OF THE ARTIST’S DAUGHTER

Constantin Meunier was a pupil of the Brussels Academy. This talented artist revealed himself quite tardily. After having begun as a sculptor, he soon devoted all his time to painting, not picking up the chisel again until 1885. In 1886, he was named professor at Louvain and in a short time he rose above his counterparts. He was by excellence the sculptor of the working man: first the longshoremen at Antwerp and the miners at Borinage, then the workers of all trades in every region. He rose to global fame after the huge success  of his Paris Exhibition in 1896.

Today Meunier is considered one of the most powerful and pure artists of all time; he succeeded in giving his works a classical beauty. 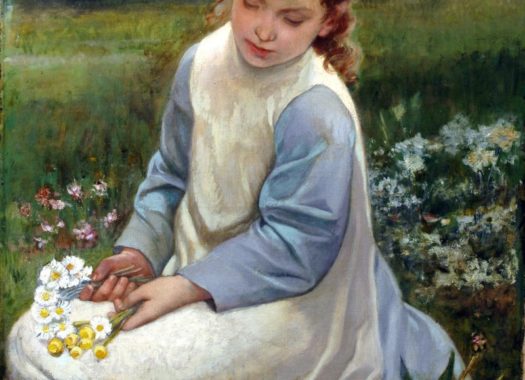