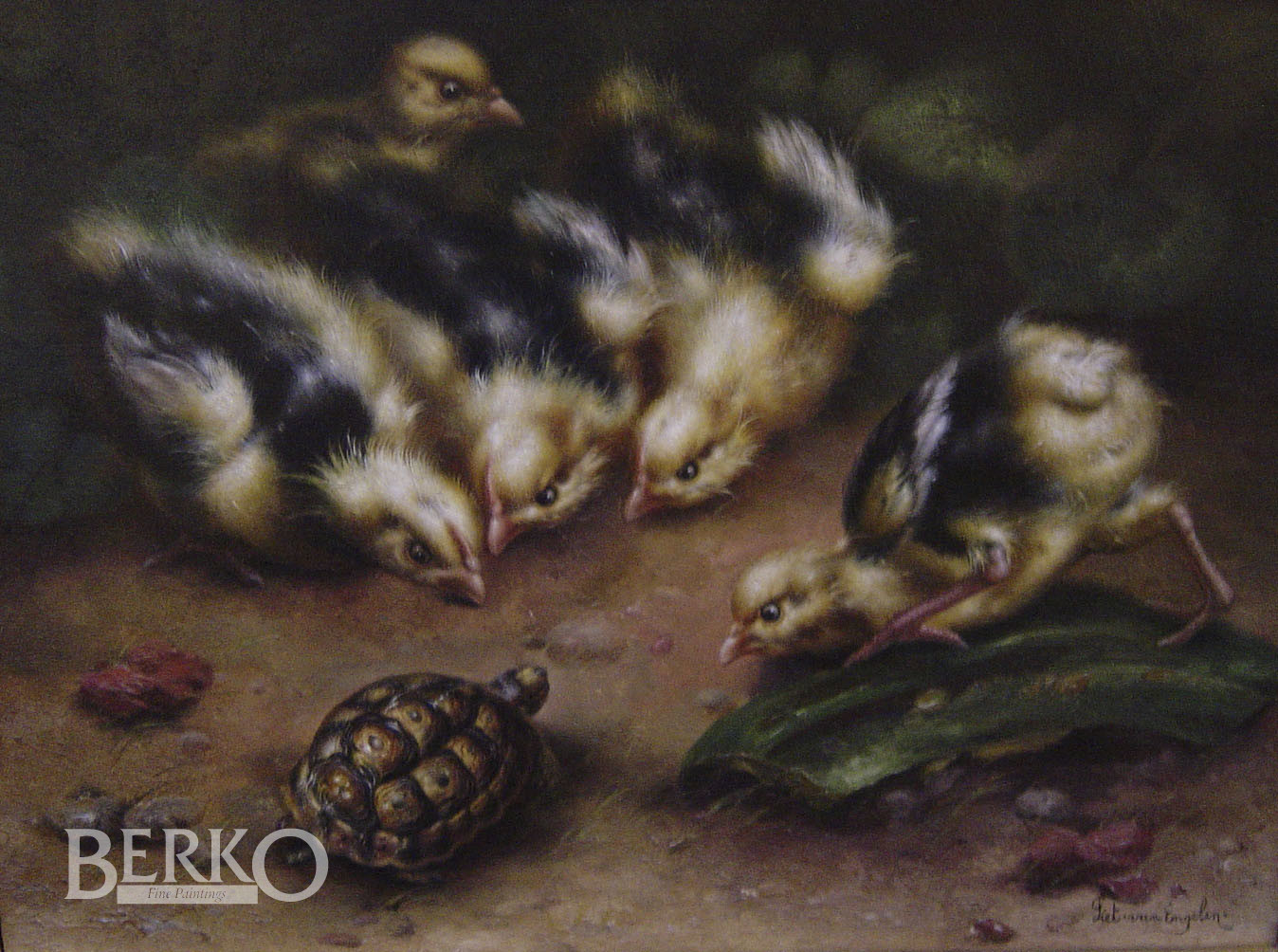 CURIOUS LITTLE CHICKS AND A TURTLE

Piet Van Engelen was the brother of the painter Louis Van Engelen. He was a pupil of the Antwerp Academy, then that of Liège and finally that of Antwerp again, where he was the winner of the First Prize for Painting out of 80 competitors. In 1898 he was appointed professor at the Antwerp Academy of Fine Arts.

He painted a good number of dining rooms in an ornamental style after the fashion of the old Flemish Masters. His work exhitits a rare talent.

In the possession of the Antwerp Museum is his large “Cock-fight” of 1902. The Liège Museum exhibits his “Flowls”. 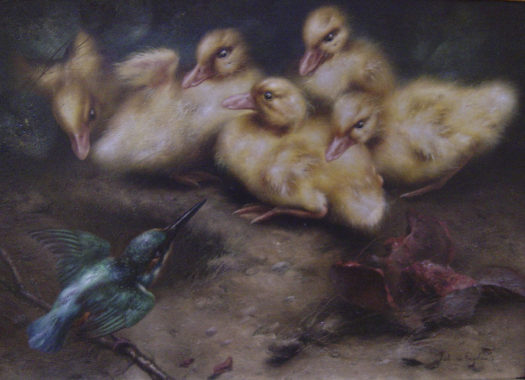 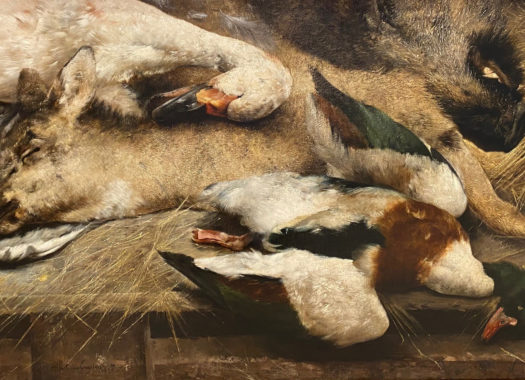