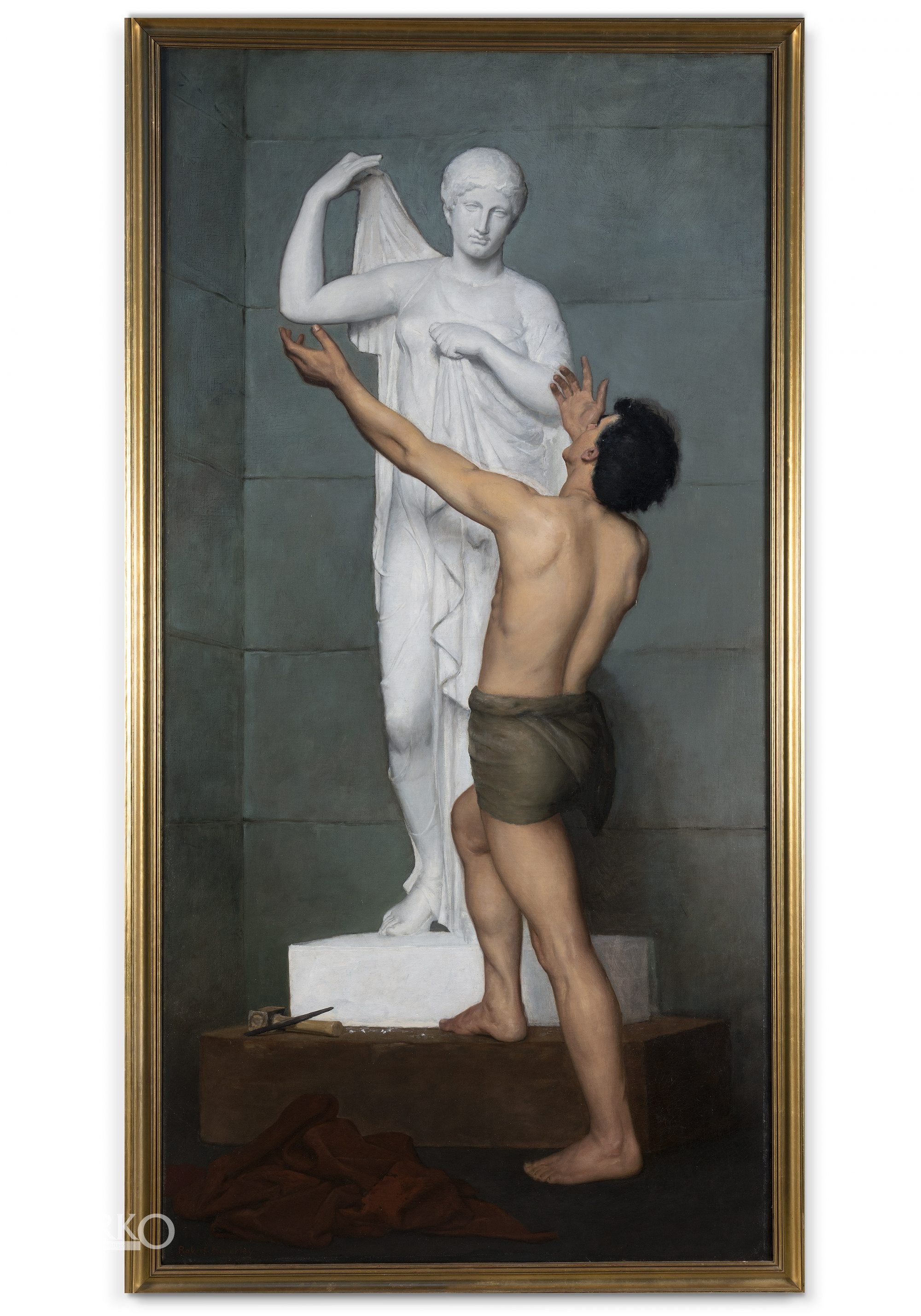 Painter of portraits, history and genre scenes.
Robert Cutler Hinckley was born in Northampton, Massachusetts, on April 3, 1853. He was the son of Samuel Lyman Hinckley and Anne Cutler Parker. As a teen, he was taken by his parents to Paris for formal training in art, graduating from the École des Beaux-Arts. In his twenty years there, he trained from 1864 to 1884 under master portraitist Charles Auguste Emile Durand, alongside John Singer Sargent. His most famous painting is “The First Operation with Ether”, which he began in Paris in 1882. It was the first successful public demonstration of ether anesthesia. It has become one of the most popular paintings in medical history and is on display at the Francis A. Countway Library of Medicine at Harvard University, Cambridge, Massachusetts, USA. He was also known for his mammoth historical painting, “Alexander at Persepolis”, completed at the Salon in 1882. In 1884, after returning from Europe, Hinckley established a studio in Washington, D.C. where he was known for portraits of eminent Americans. In addition to his portraits, he also taught a portrait class at the Corcoran School of the Arts and Design for six years. He painted many portraits of American Society individuals including President Ulysses S. Grant and John Alsop King, the president of the New-York Historical Society. 88 of his portraits were on display at West Point Military Academy. Hinckley died at his residence in Rehoboth Beach, Delaware, on June 2, 1941.