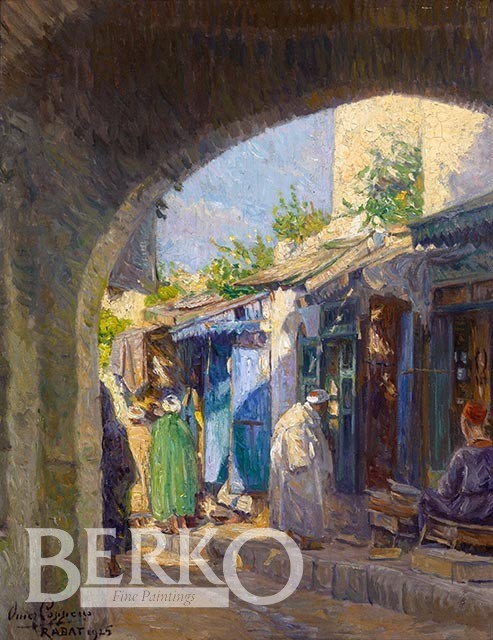 Omer Coppens was a pupil of the Ghent Academy (1883) and the Saint-Josse-ten-Noode (Brussels) Academy (1884). His first exhibition took place in Ghent in 1885. In 1905 he participated at the Exposition Nationale des Beaux-Arts in Ostend and in 1910 at the Exposition Universelle in Brussels. He worked in the south of France, Italy and Morocco and exhibited in Brussels, Paris, Antwerp, Ghent, Bordeaux, Munich and Venice. He was a member of ‘Pour l’Art’ and ‘l’Ensor’.

Coppens excels in the evocation of picturesque street corners at times when they flatter his predilection by certain metallic and vivid tones.