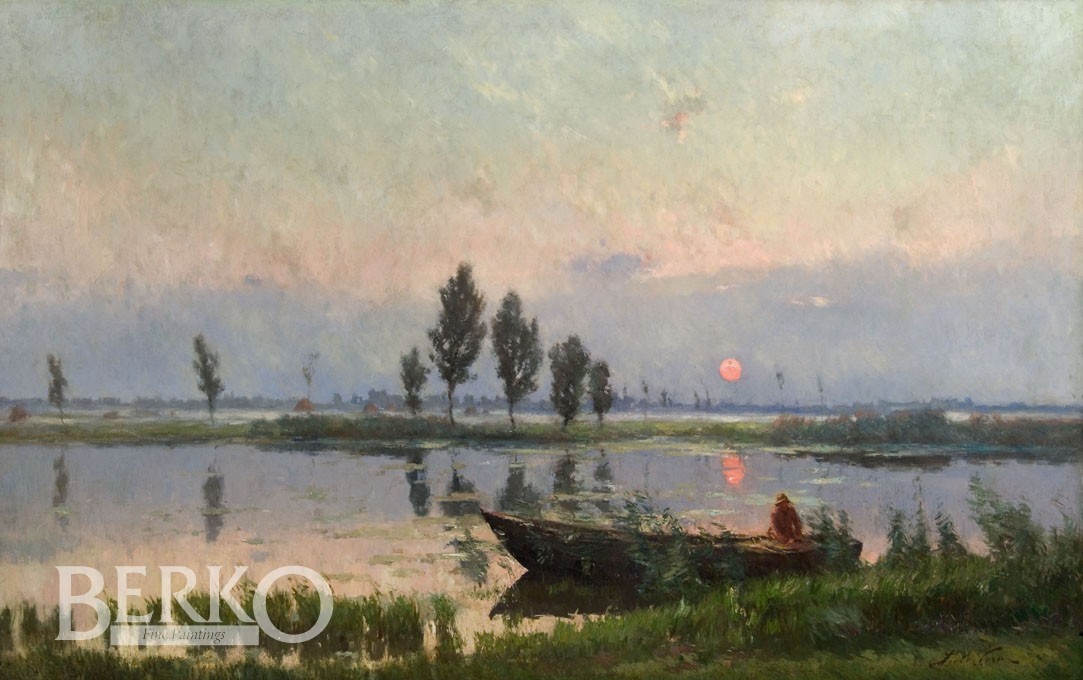 Painter of landscapes and rivers (the Escaut and the Durme).

Pieter Gorus originally studied at the University of Ghent to become a mining engineer, but then went on to the Academy of Termonde where he studied under Frans Courtens, Ferdinand Willaert, Jacques Rosseels and Isidore Meyers. After the First World War, he went to live in Zele-Dijk.

A painter of colour and light, he worked with bright colours in a typically vibrant way. He can be counted among the best representatives of the first generation of the Termonde School, along with Léo Spanoghe and Herman Broeckaert. In 1908, he became a teacher at the Academy of Termonde.