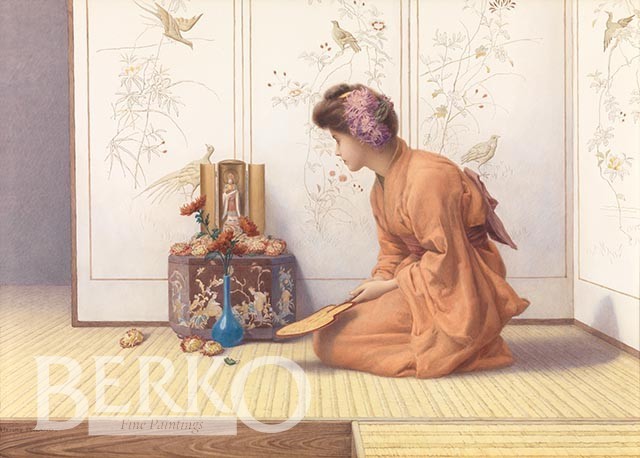 Henry Ryland studied in Paris under Jean Joseph Benjamin-Constant, Gustave Boulanger, Jules Joseph Lefebvre and Ferdinand Cormon. From 1890 on he exhibited at the New Watercolour Society, the Grosvenor Gallery, the New Gallery and elsewhere.

Ryland’s style is a combination of Sir Lawrence Alma-Tadema and Albert Moore and at times very similar to John William Godward.  He was also influenced by Rossetti and the Pre-Raphaelites. He contributed to the “English Illustrated Magazine”.