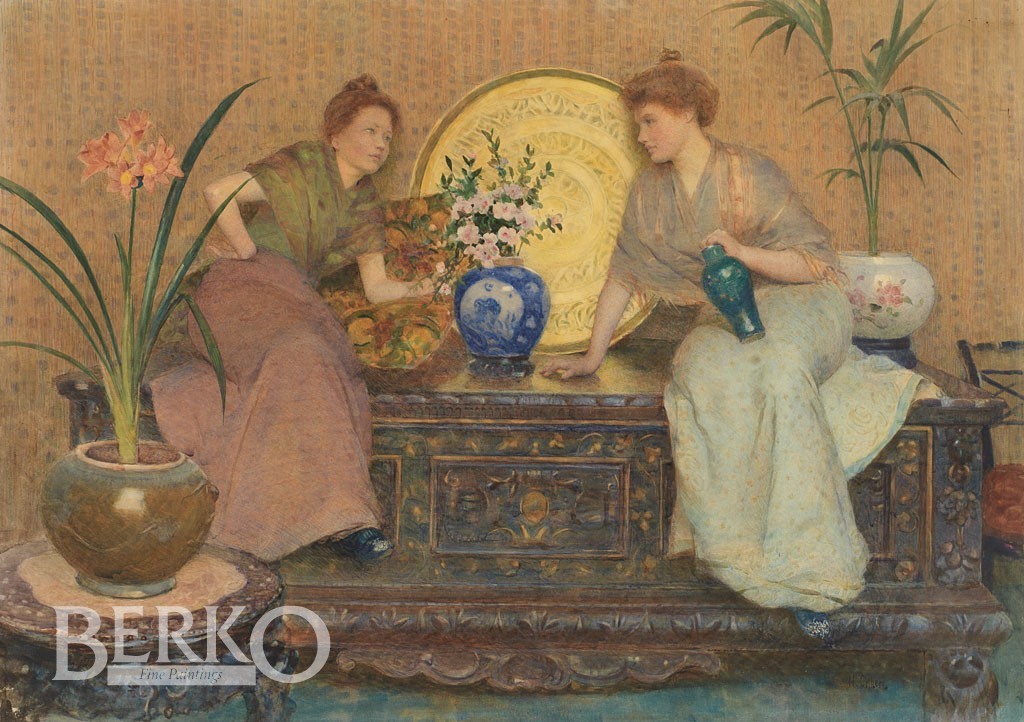 Painter of genre scenes, fishing scenes of English and French ports, flowers, landscapes and some sporting subjects; watercolourist and draughtsman.

Hector Caffieri was born in Cheltenham and studied in Paris under Bonnat and Lefebvre. He worked in Boulogne-sur-Mer and London, where he became a member of the Royal British Society of Artists. From 1875 to 1901 he exhibited at the Royal Academy in London and from 1892 to 1893 in Paris at the Salon des Artistes Français. He mainly participated at the expositions at the Royal Society of British Artists (Suffolk Street) and at the Royal Watercolour Society.