Home / Catalogue / THE BELL-TOWER OF THE ABBEY OF NIEUWENBOS IN GHENT, BELGIUM 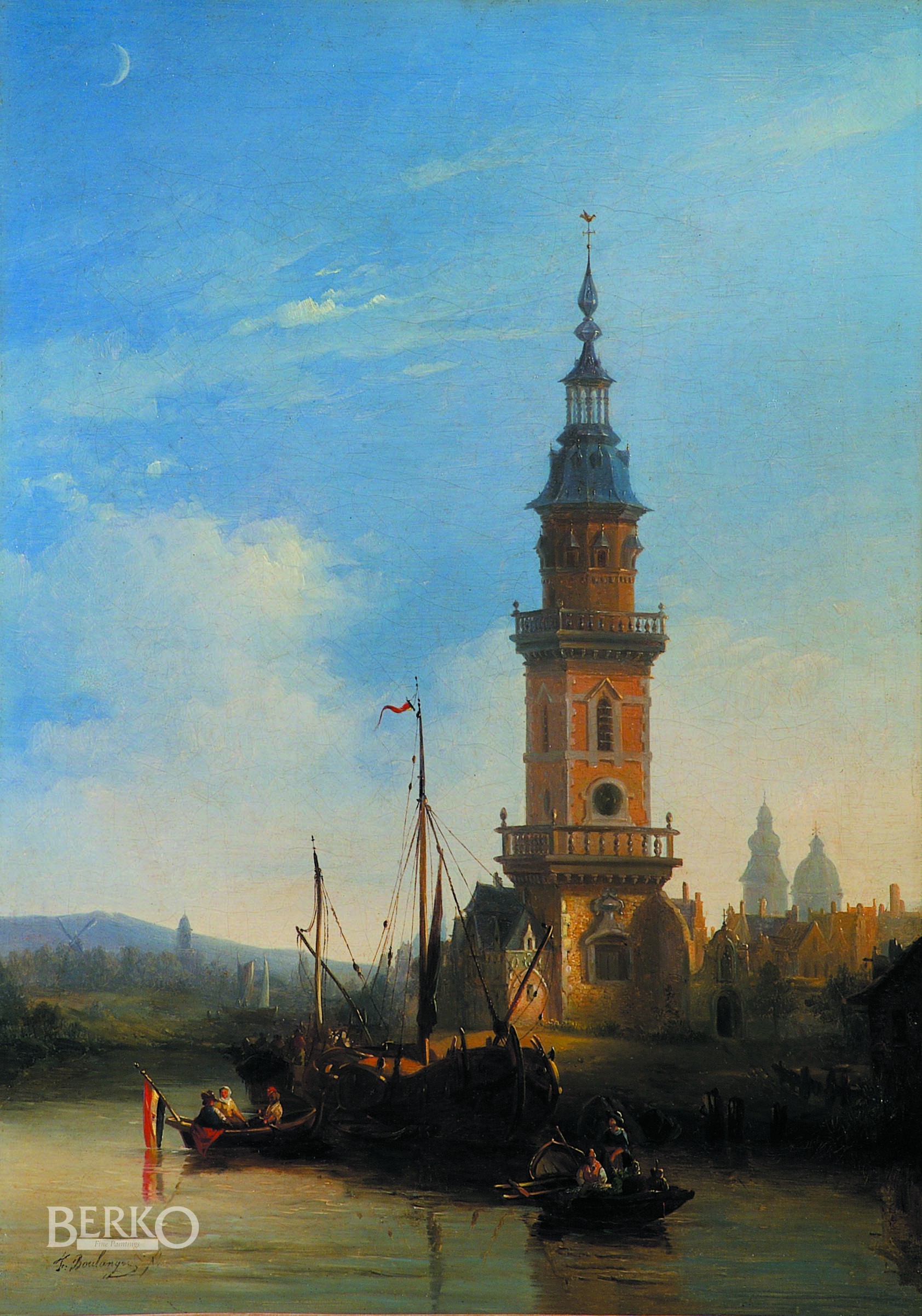 THE BELL-TOWER OF THE ABBEY OF NIEUWENBOS IN GHENT, BELGIUM

Painter of town views, mostly views of Ghent, but also of landscapes of his native region, and some seascapes.

François Boulanger was born in Ghent as the son of Franciscus Josephus Boulanger and Maria Catherina de Puysseleir, both originally from France. His younger brother Jules-Joseph Boulanger was also a painter of genre scenes. François was a pupil of the Ghent Academy from 1841 to 1844 under Theodore Bernhardt De Heuvel and in 1844 under Edouard de Vigne.
He made his debut in 1841 at the Ghent Salon with a genre scenes: “The Cat’s Meal”. He then specialised in painting town views (vedutes), which he exhibited at many renowned Belgian Salons. He thereafter participated in almost all Belgian Salons from 1841 until 1874. He frequently exhibited at the Paris Salons from 1857 to 1863.
Boulanger lived from 1850 to 1858 at the Predikherenlei, 33, in Ghent (until 1855 with his brother) and later on at number 17. His last address was in the Wilderoosstraat.

The works of Boulanger constitute precious historical and artistic documents of 19th century towns. He mostly painted picturesque sites in Ghent and from time to time a lovely corner in Bruges or a Dutch town. He also made some seascapes. He combined topographical accuracy with romantic elements, such as a refined and solid brushstroke, a soft, flattering romantic colorization and a lot of attention to the typical by incorporating picturesque scenes and characters. Boulanger’s style is known as Romantic Realism.

BOULANGER François Jean Louis
THE HOUSE OF THE WEAVERS AT THE VRIJDAGMARKT IN GHENT, BELGIUM