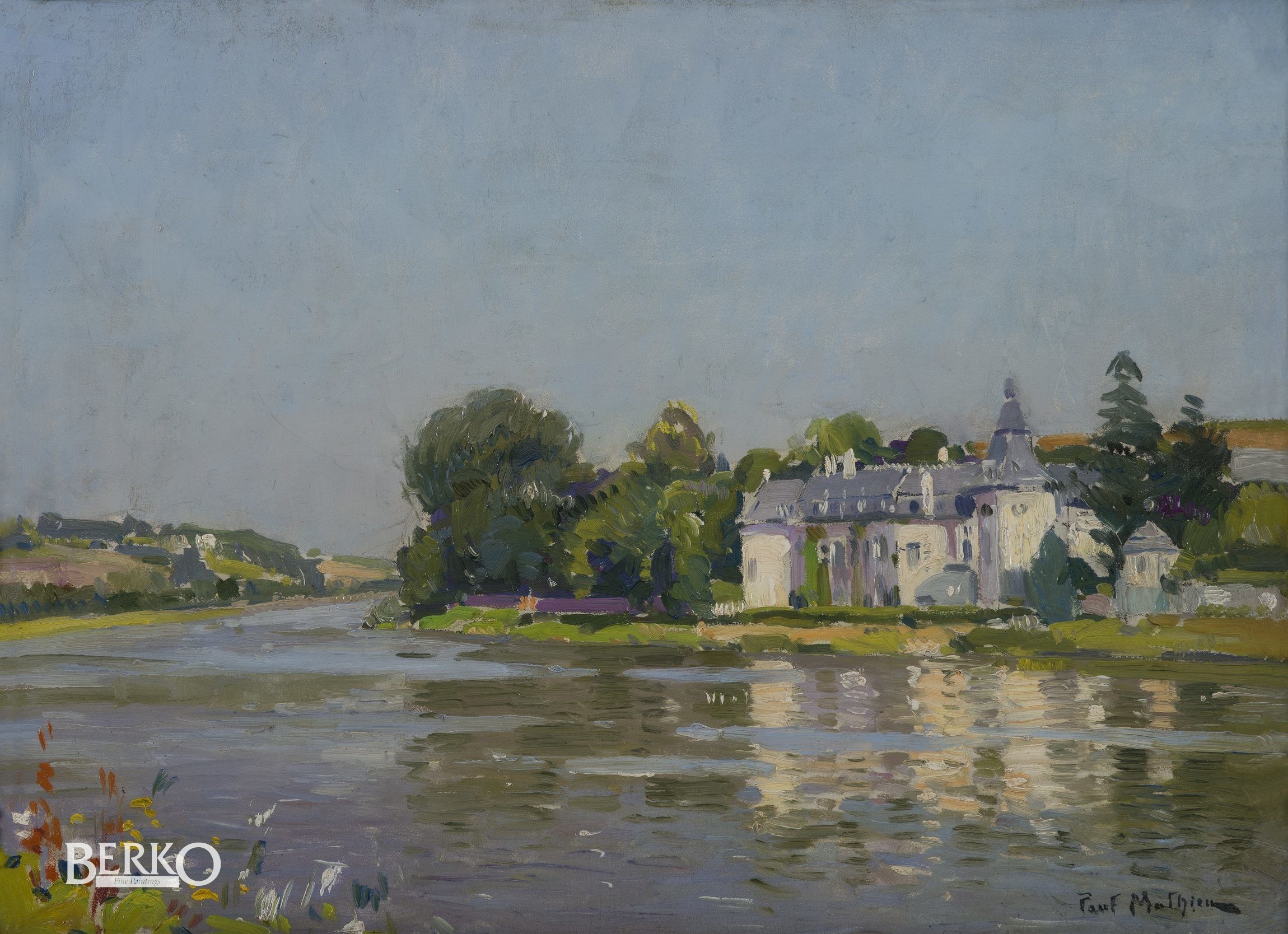 Paul Mathieu was a pupil of the Academies of Saint-Josse-ten-Noode and Schaerbeek and also studied under Joséphine Meyer. He made his debut in 1893 at the Brussels Salon. He primarly worked in the Campine region and at the Belgian coast. In 1893 he was a co-founder of the group ‘Le Sillon’. He collaborated with Armand Apol and Philippe Swyncop, under the direction of Alfred Bastien, at the Congo Panorama (Ghent 1912). From 1896 till his death in 1932 he was a professor at the Brussels Academy.

Namêche is a small village in the Belgian province of Namur and a part of the city of Andenne. The town is located on the left bank of the Maas, on a bridge over the river. Across the Maas is the hamlet of Samson in the district of Thon.