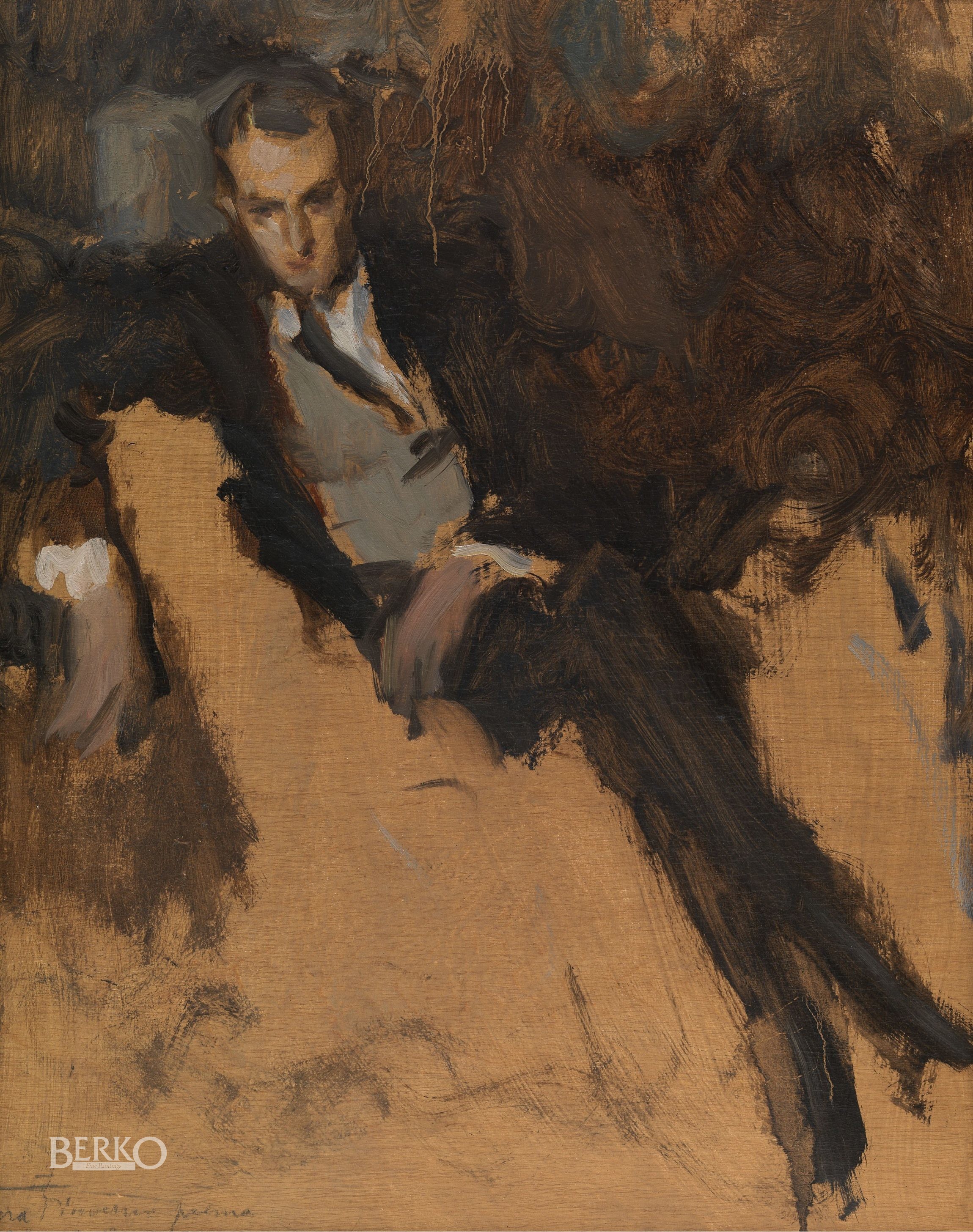 Ambrogio Antonio Alciati studied at the Institute for Fine Arts in Vercelli before heading to Milan where he finalized his education at the Brera Academy under Tallone, Bignami and Mentessi. The following years were devoted to the paintings of several Lombardian churches.

Due to the influence of Cremona, Alciati started painting in a blurred and sentimental kind of way before switching to a more darkish and monochromic coloruse under the influence of Carrière.
It’s only in 1912 and influenced by Mosé Bianchi that he starts associating his characteristic fuzzy pensilstrokes with mere joyfull colors.

He received the Prince Umberto Price in 1914 and becomes a teacher at the Brera Academy in 1920. From that moment on, he’ll never exhibited his work again.