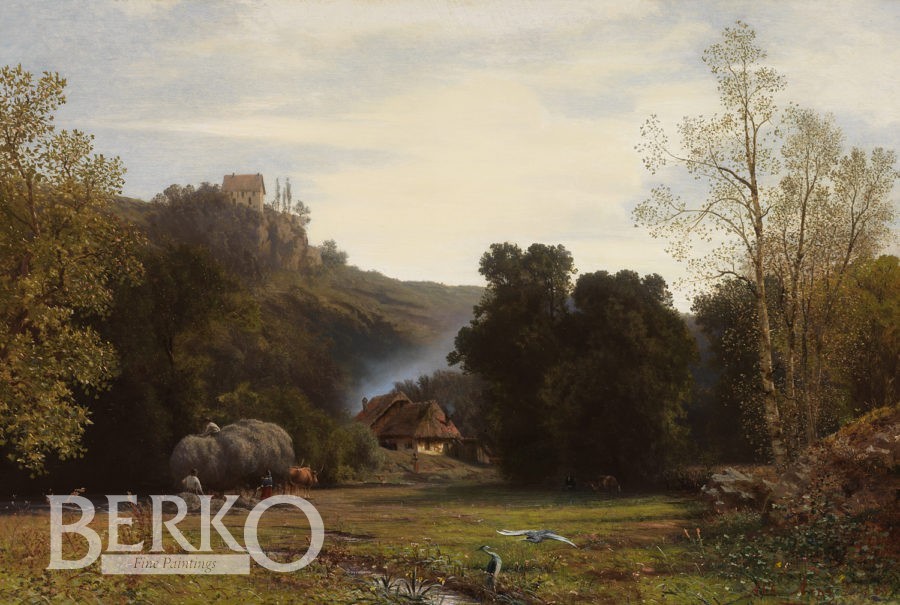 Arnz was a pupil of Oswald and Andreas Achenbach at the Düsseldorf Academy of Fine Arts from 1854 to 1860 and was strongly influenced by both painters. He travelled with Oswald Achenbach to Switzerland and, in 1857, to Italy, where Naples and Rome provided the inspiration for most of his architectural motifs.

The symphony of harmonious colours and vivid light makes his paintings masterpieces. He also painted German and Swiss mountainscapes with the same colourful light effects.