Home / Catalogue / THE INDUSTRIKAFEEN IN COPENHAGEN 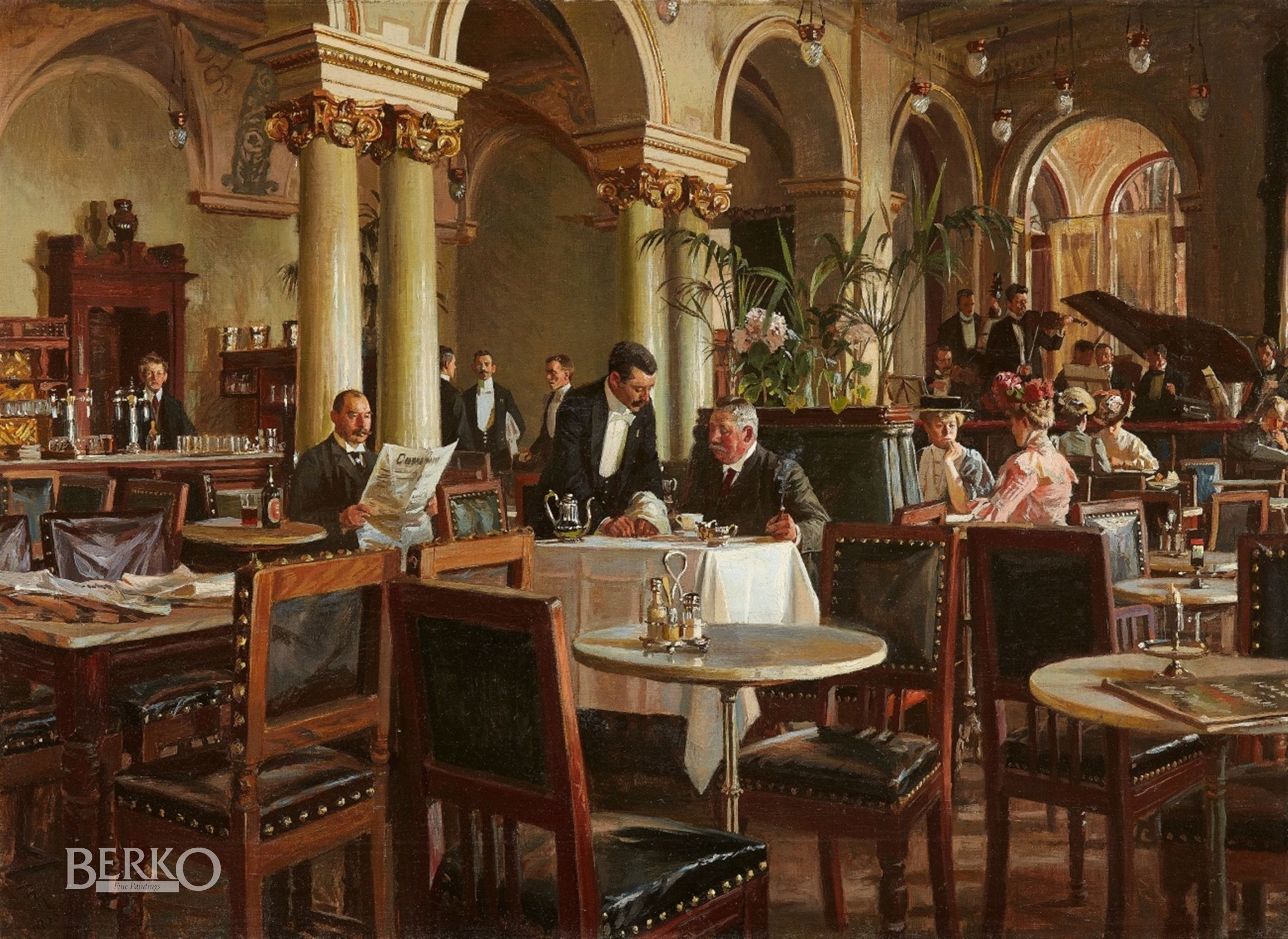 Frants Peter Didrik Henningsen was a pupil of the Academy of Copenhagen (1870-1877). In 1877 he went to Paris where he studied under Léon Bonnat. He made a study trip to Spain. In 1875 he started to exhibit portraits in Charlottenburg. He then specialised in genre scenes and in 1883 he won the exhibition medal with “A Funeral”, now in the collection of the Fine Arts Museum of Copenhagen. He exhibited both in Copenhagen and in Berlin. In 1887 he became a member of the board of the Academy of Copenhagen and in 1890, after the death of Carl Heinrich Bloch, a professor.

Henningsen was representative for Danish art in the second half of the 19th century and very influential under other Danish artists. Like his brother Erik, also a painter, he took inspiration for his paintings from daily life in Copenhagen.

The painting on exhibition depicts the Industrikafeen in Copenhagen.