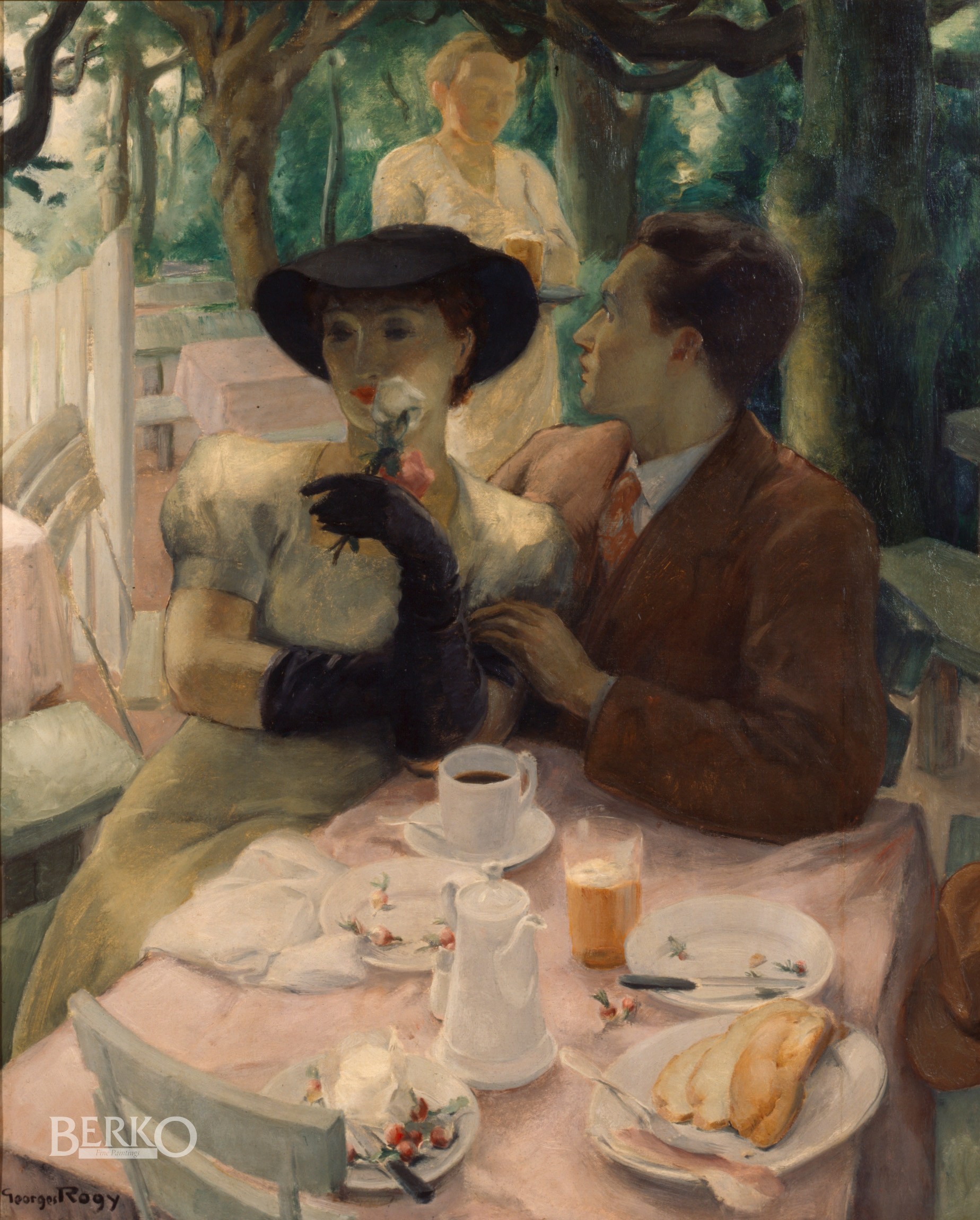 THE INTERRUPTED CONFIDENCE, AT ISTAS

Georges Rogy studied at the College of Arts and Crafts in Etterbeek (Brussels) and exhibited his work at various Salons in Belgium. His two favourite subjects were portraits and still-lifes. He had the audacity in 1957 to present an exhibition exclusively dedicated to portraits. It was an exhibition that few of his contemporaries could have carried out to the same degree of success.

Rogy’s art is without conceit and without pretention. His bearing was one of reserve, of modesty, of decency. To paint was a serious matter for him. He engaged on a canvas all of his destiny. He was not one of those who were ‘quickly satisfied’.
None of the art critics of his era ever distorted, avoided or conjured his works. They always respected the profound dignity, the purity of craft, the rare poetic delicacy, that brought the canvases of the artist a renown and a good quality that has not altered through time.

In 1936, the art critic Charles Bernard wrote the following about him in “La Nation Belge”: “It is an impression in minor that is given by the work of Georges Rogy. He paints in a scale above all careful of the ambience, of the atmosphere, of all those correspondences which reduce to a simple harmony the beings, things and decor. Thus, beneath their visible appearance, he displays the hidden side, mysterious, it is this which particularly explains the charm of his portraits and what confers upon his still-lifes an emotive quality.”