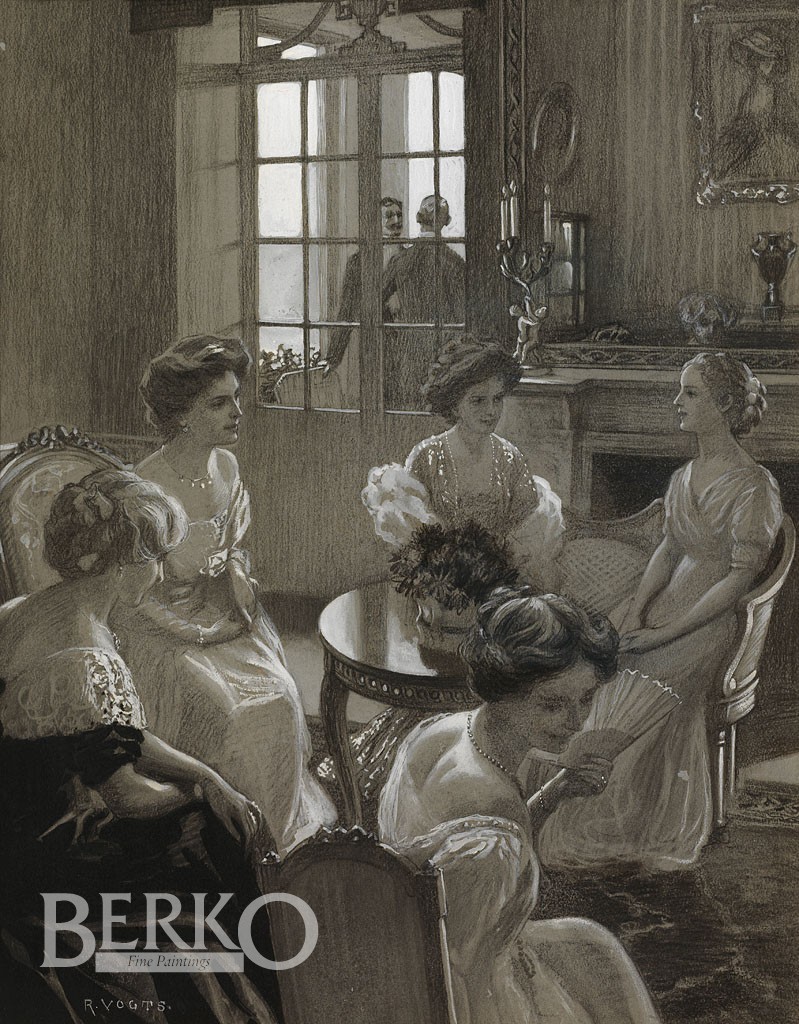 Painter of portraits and genre scenes; watercolourist, draughtsman and illustrator of books and postcards.

Richard Vogts was a pupil of the Berliner Academy and of Constant and Laurens at the Académie Julian in Paris.
As humorist, he produced about twenty etchings for the well known Champagne ‘Moët et Chandon’, which were  published in German newspapers as ‘Lustige Blätter’ and ‘Muskete’. Richard Vogts worked in Berlin and Düsseldorf and exhibited in München, Cologne and Düsseldorf.