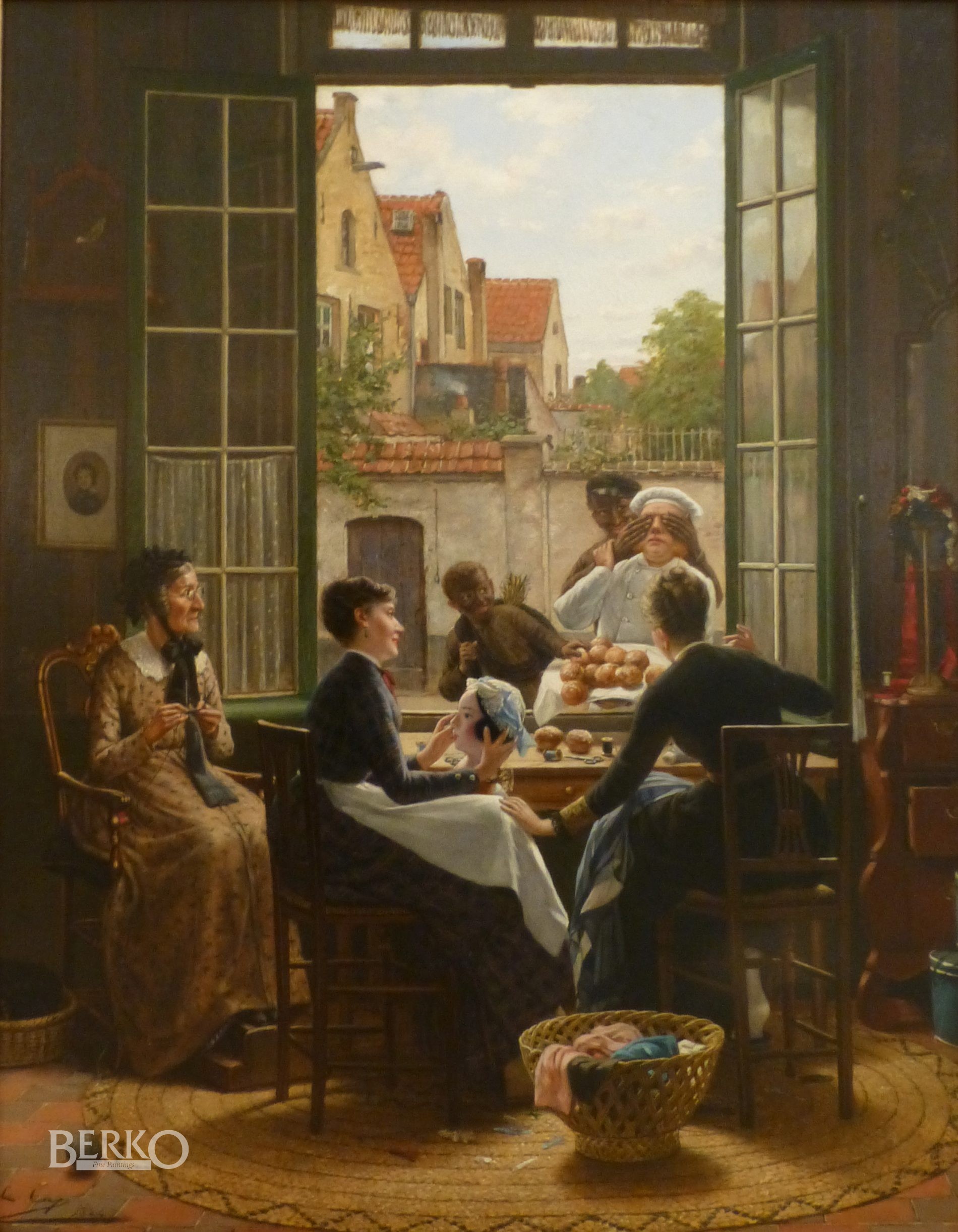 Constant Cap was a pupil at the Academy of Fine Arts in Antwerp under Polydore Beaufaux, Joseph Geefs and Bernard Pierre Weiser. He also studied under Auguste De Wilde at the Saint- Nicolas Academy. His preferred subjects were Flemish fairs, rural and middle-class interiors and also animated train compartments. His views of old Antwerp are particularly interesting.

Cap was awarded Gold Medals at the Crystal Palace Exhibition in London, 1873, and in Antwerp in 1879. He participated in the Universal Exhibition of Antwerp in 1894. He was a good friend of David Col and Henri De Braekeleer.