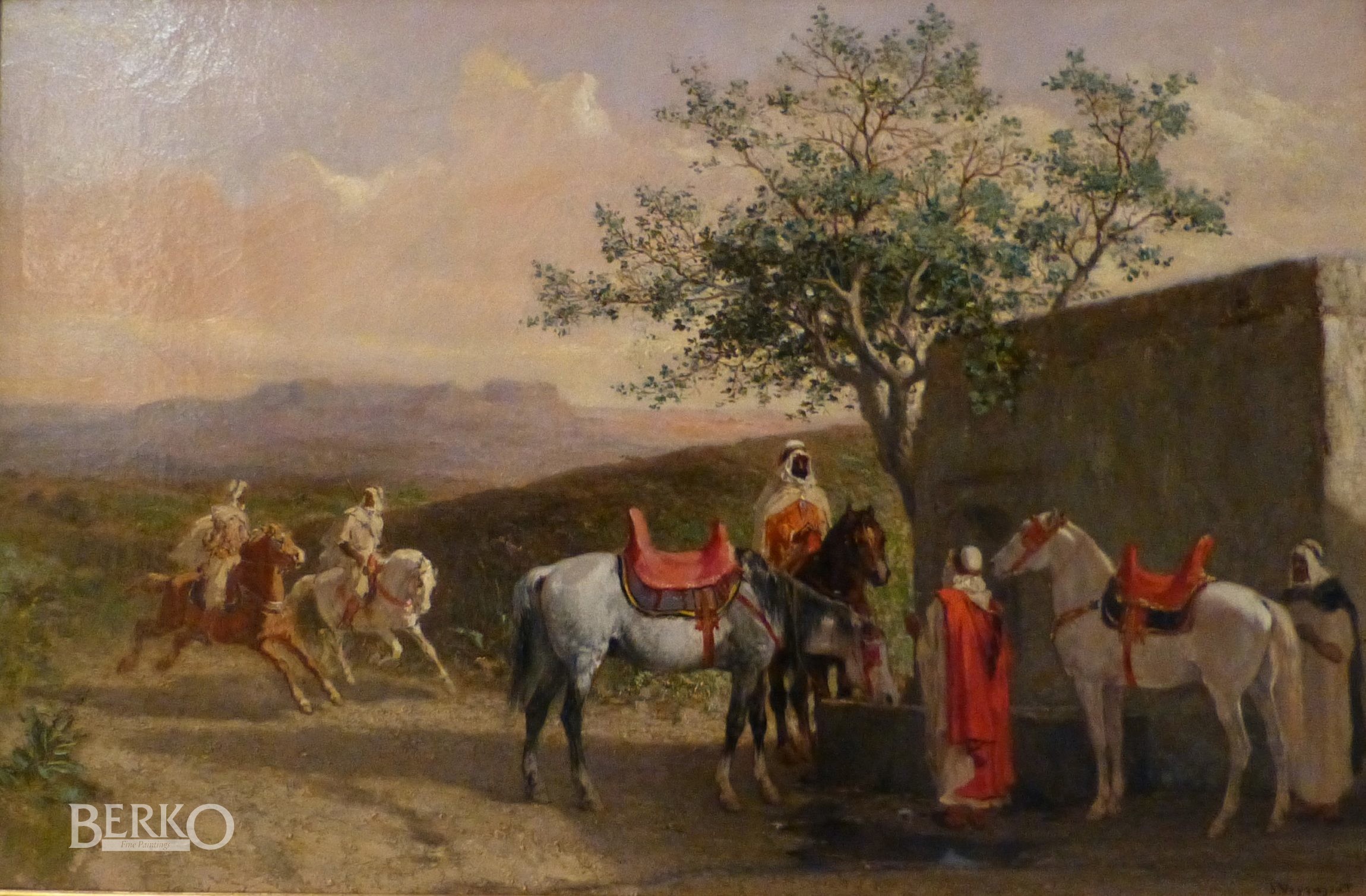 Jules Veyrassat was a pupil of Lehmann, Daubigny and Faustin Besson and was one of the engravers whose work was propagated in the journal “l’Artiste”. By 1869, he was recognised as a talented artist. On September 6, 1870 he was elected to membership of the commission set up to conserve and promote France’s national museums and public galleries – a commission presided by Courbet and counting Daumier among its members. He was made Chevalier de la Légion d’Honneur in 1878. He exhibited at the Salon from 1848 and received medal awards in 1866 and 1869 (for his engravings) and, in 1872, a silver medal for his painting.  He was made Chevalier in the Légion d’Honneur in 1878.

Veyrassat painted attractive little canvases full of human figures and animals. His work entitles him to be recognised as a member of the Barbizon School.