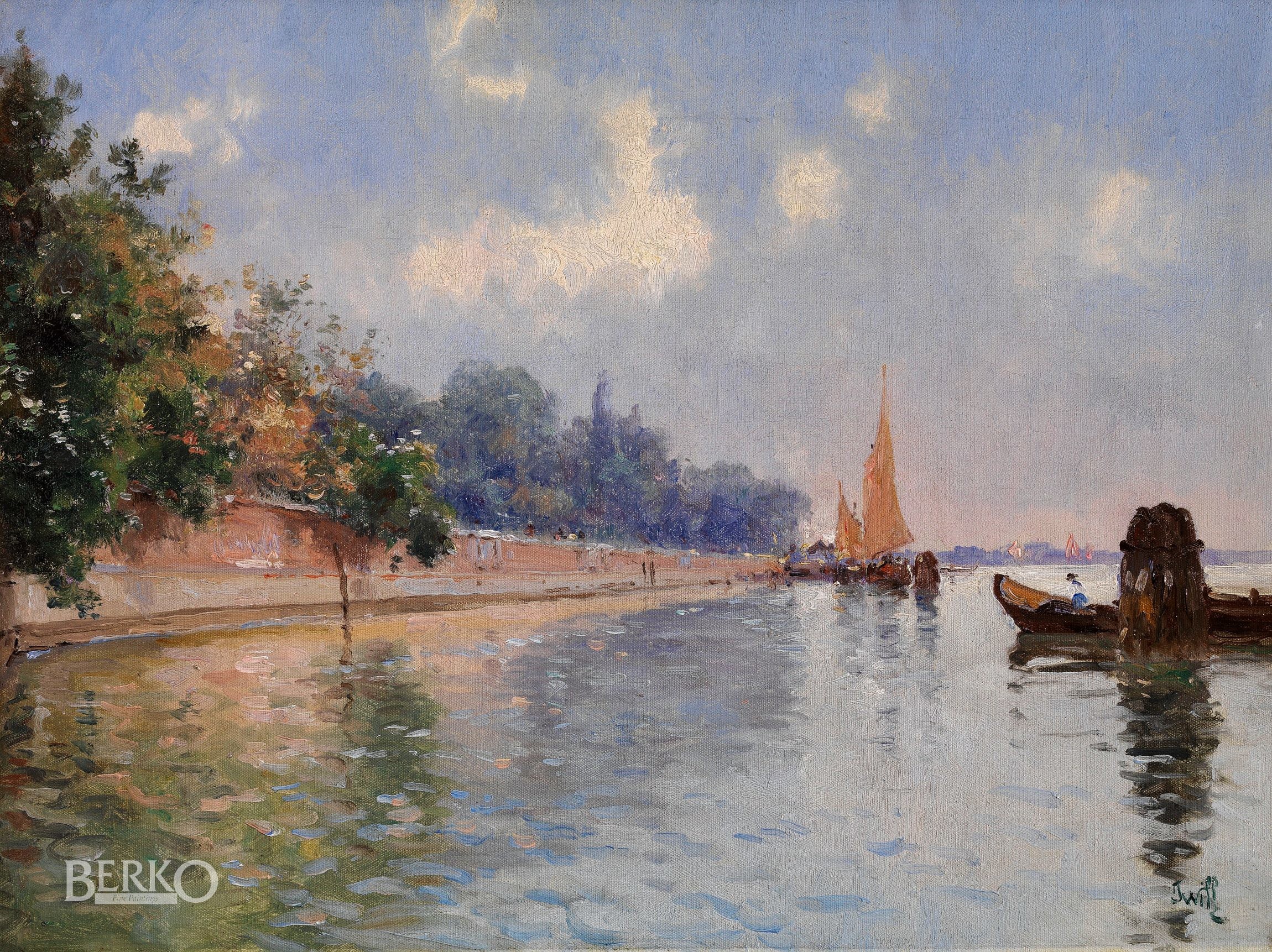 THE PUBLIC GARDENS IN VENICE

Painter of seascapes and landscapes; painter of pastels.

At the beginning of his career, Joseph Clavel adopted the pseudonym of Iwill, for its English meaning, in order to stress the intensity of his artistic effort. He achieved the success that he hoped for and earned an interesting place among French landscapes artists. He was named Chevalier of the ‘Légion d’Honneur’ in 1894. He made his debut at the Salon in 1875 and continued showing his work in Parisian exhibitions. He became a member of the ‘Société des Artistes Français’ in 1883, receiving an honourable mention in 1884. He received a silver medal at the ‘Exposition Universelle’ in 1889 and a bronze one at that of 1900. In 2003 his work was included in the collective exhibition “Bretagne, Terre des peintres” at the Musée des Beaux-Arts in Vannes.