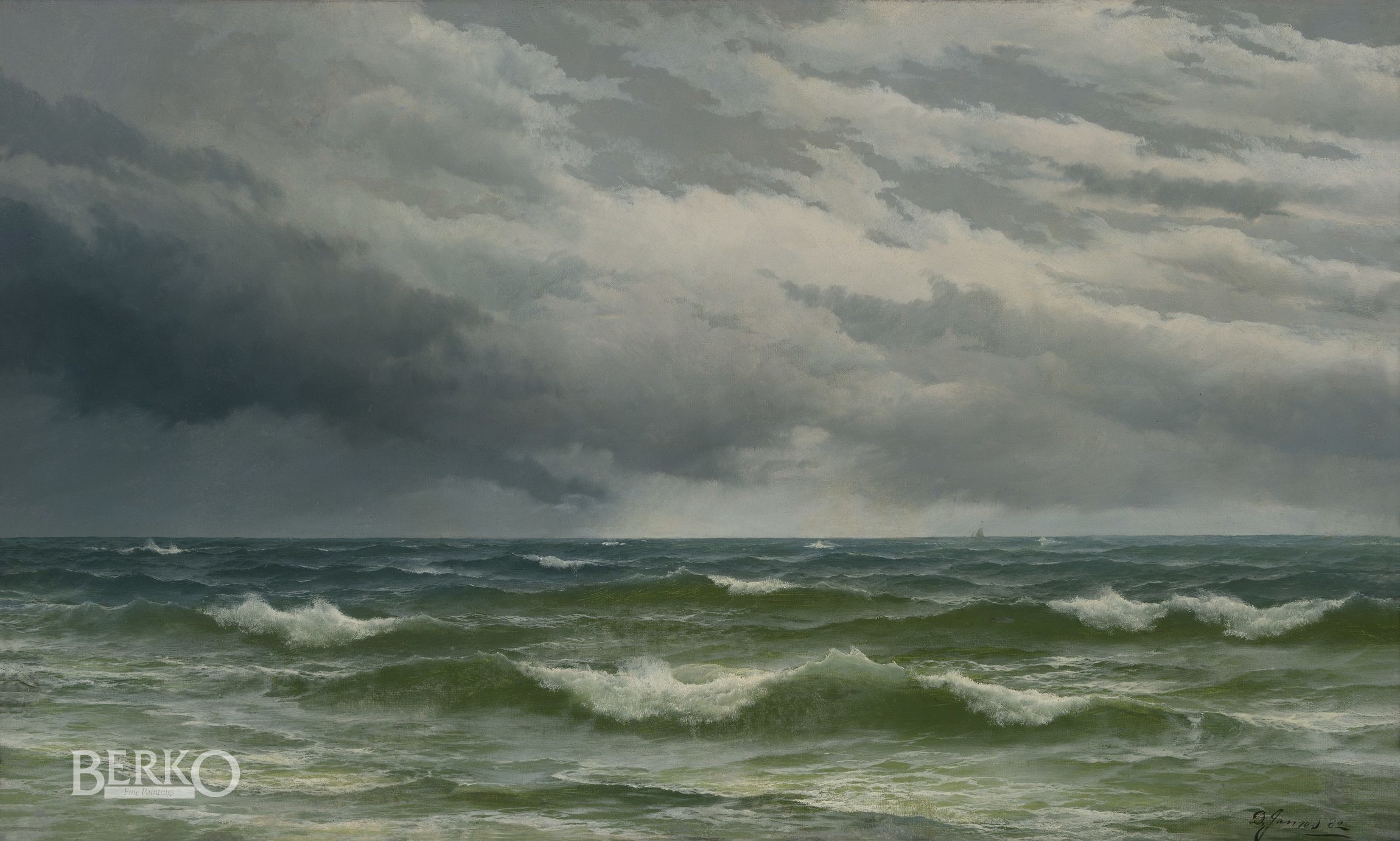 David James lived in London, where he was active till 1898. He exhibited at the Royal Academy in 1886, when living in Dalston, Cumberland, and in 1892-1897, when living in Maida Vale, London. His seascapes frequently depict stormy scenes on the high seas or waves crashing against rocky outcrops. His favourite subject was the sea in all its power and fury and his pictures only occasionally feature boats, apart from his harbour scenes at sunrise or sunset. His preferred locations were the West Country and the Isles of Scilly.

James’ work can be found in the National Maritime Museum in London.

The exhibited painting has a label on the back.