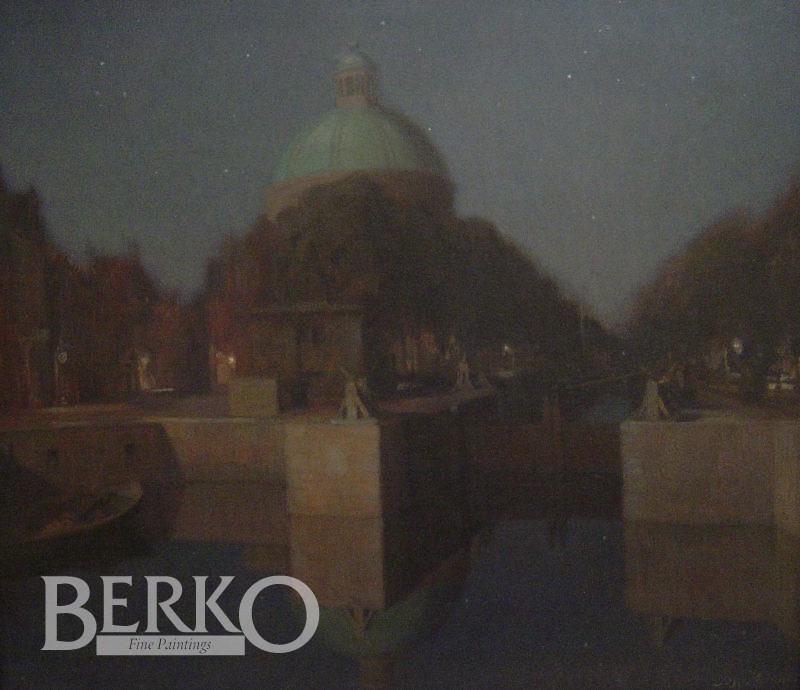 THE SINGEL, AMSTERDAM BY NIGHT

Painter of landscapes and figures.

Joseph Posenaer was a pupil of Michiels and Lauwers at the Academy of Fine Arts in Antwerp, where he became a professor himself later on. He made his début in 1899 and was awarded the De Keyser Price. He visited Italy and Spain. In 1901, he received the Price of the City of Antwerp and the second Price of Rome. He was secretary of the circle ‘Als Ik Kan’.