Home / Catalogue / THE STOP OF THE CANAL BOAT IN UTRECHT, THE NETHERLANDS 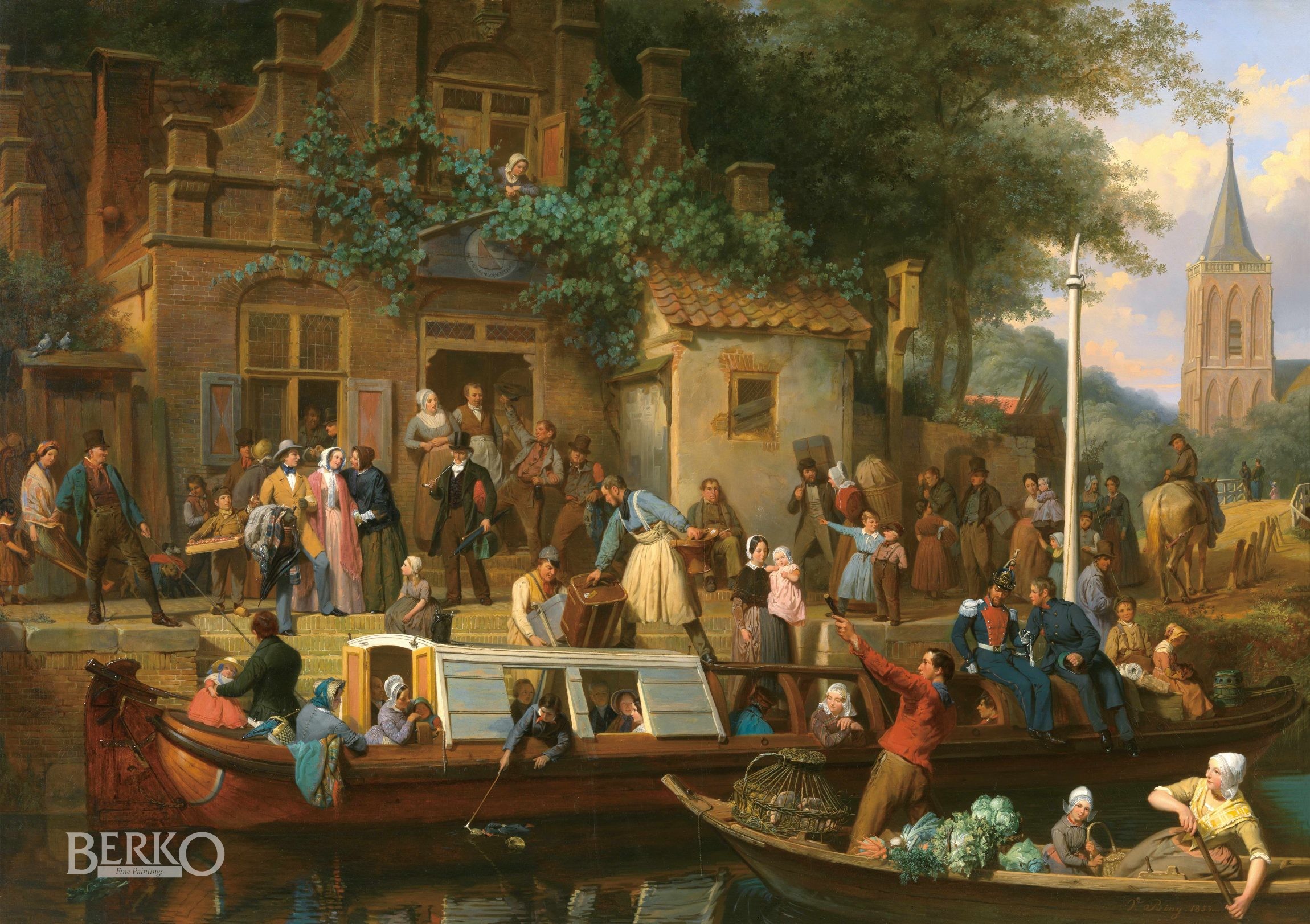 THE STOP OF THE CANAL BOAT IN UTRECHT, THE NETHERLANDS

He was a pupil of the Amsterdam Academy and Jan Kruseman.  He made his debut as a painter of historical scenes but later on evolved more and more to animated interiors. He also gave drawing lessons and made lithographs. From 1839 onwards he was a member of ‘Arti et Amicitiae’ in Amsterdam.