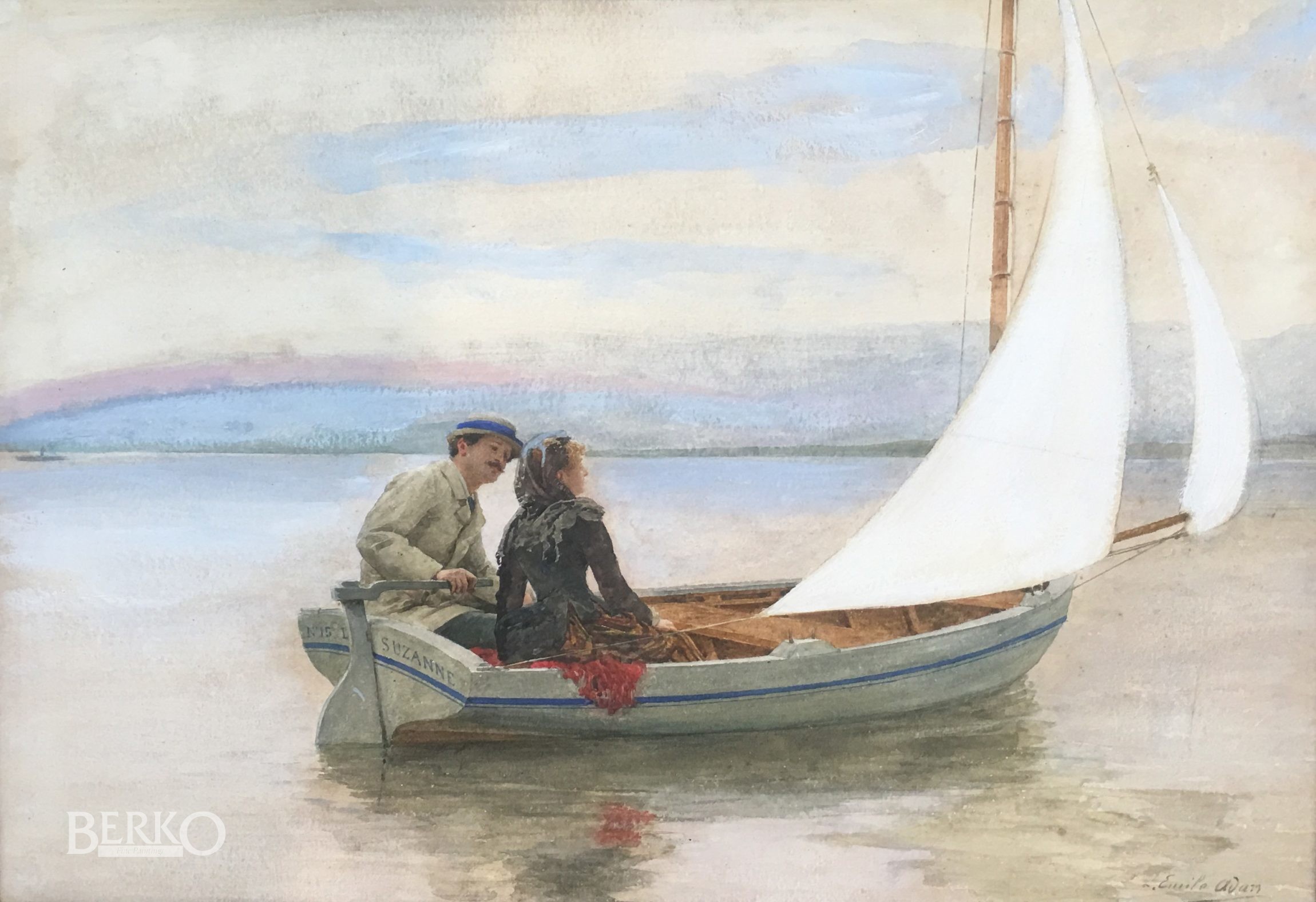 Painter of animated landscapes and still lifes; watercolourist and illustrator.

Louis Emile Adan was a pupil of François Picot and Alexandre Cabanel at the Ecole des Beaux-Arts in Paris.

He exhibited at all the Salons from 1863 until 1937. His submissions earned him several medals, including a bronze medal in 1875, a second in 1882 and the gold medal in 1889. In 1892 he was made Chevalier in the Légion d’Honneur. He formed part of the jury of the Salon and of the committee of the Salon des Artistes Français in 1900. He was awarded the Prix Bonnat in 1931.

Adan’s characters are simply a pretext for compositions in which the landscape is actually the main subject. He adeptly renders the variety of shades in the green of leaves reflected in ponds, aswell as the vivid tones of certain anecdotal scenes and still lifes.

In addition to his watercolours, which make up an important part of his work, he produced many illustrations for books such as the “Fables” of La Fontaine and Florian, Flaubert’s “Un coeur simple” [“A Simple Heart”] and Theuriet’s “Les Filles de feu” [“The Daughters of Fire”] and “Gertude”. 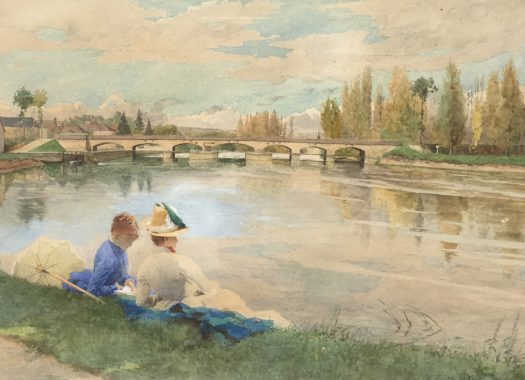