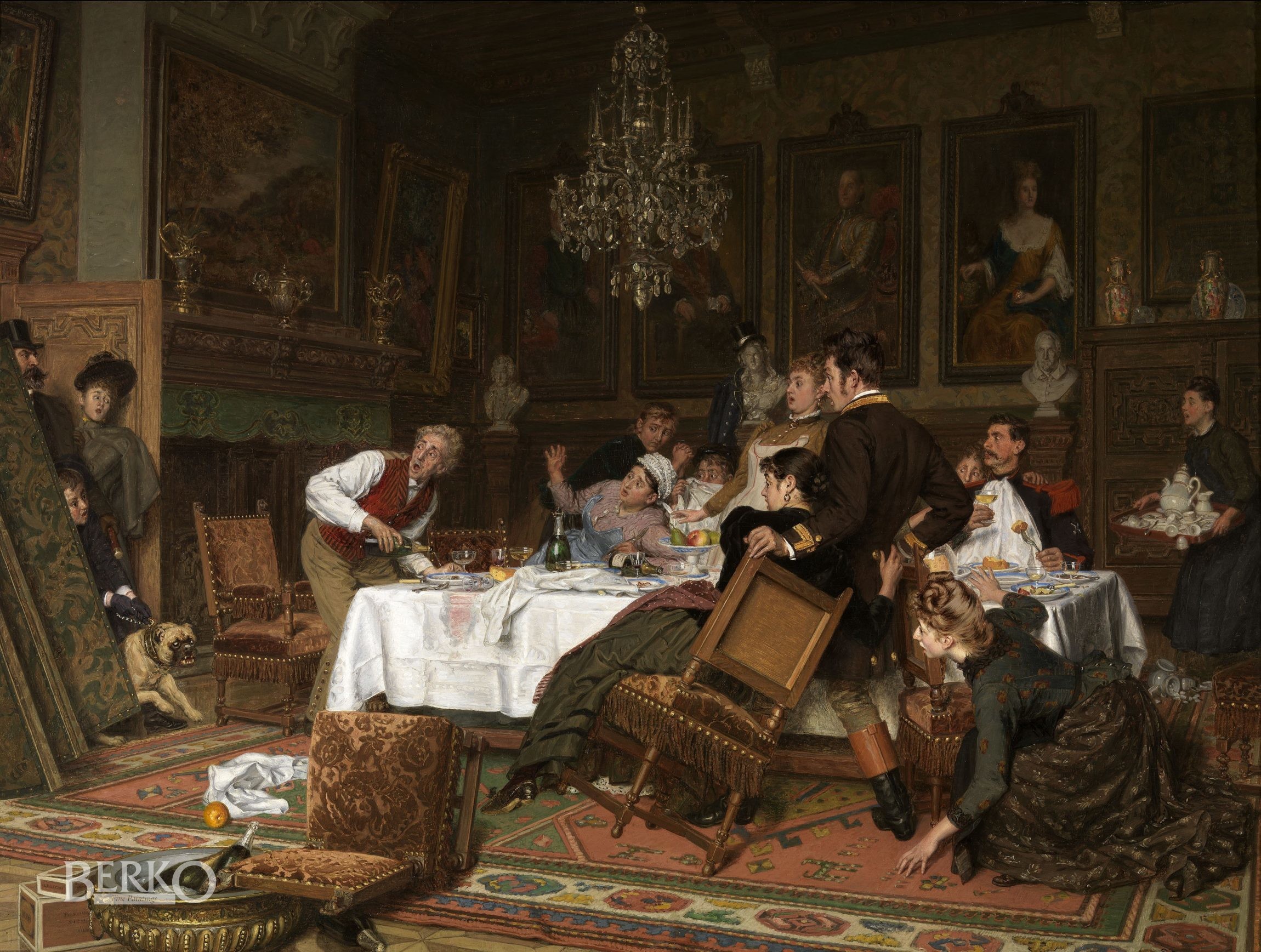 Evert-Jan Boks was a pupil of Arie Lieman and Willem Riem Vis in Apeldoorn and then studied at the Royal Academy in Antwerp, where he won the first prize in 1863. Later, he also won the Prix de Rome.

After study tours, mainly in France and Italy, he settled permanently in Antwerp.

Many of his works went to the United States.

Boks frequently exhibited in Belgium and at the Paris Salons. He was awarded the Order of Leopold by the Belgian Government. 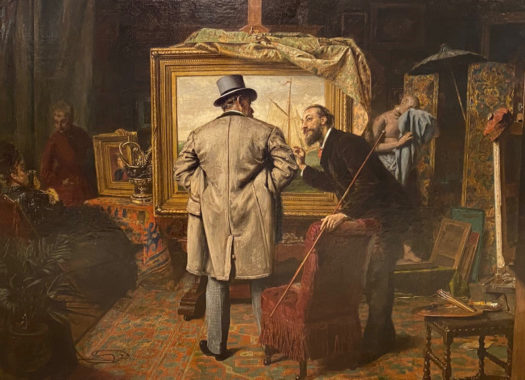 BOKS Evert-Jan
IN THE ARTIST’S STUDIO 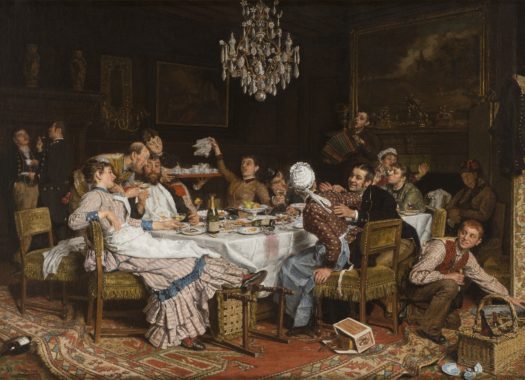 BOKS Evert-Jan
WHEN THE CAT IS AWAY, THE MICE WILL PLAY