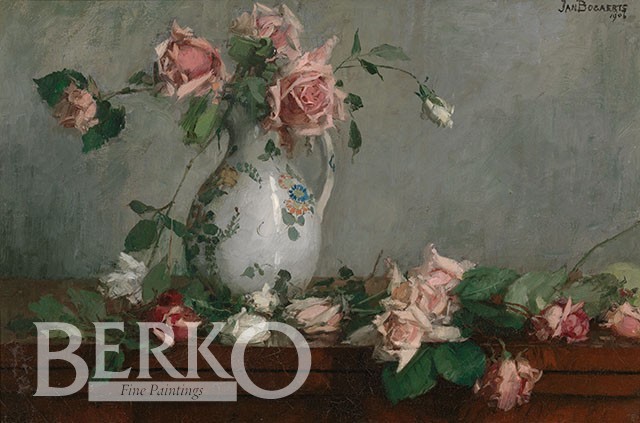 Johannes Bogaerts was a pupil at the Royal Academy in Den Bosch from 1893 to 1899. He was taught by Antonius Schull and Antonius van Welie and was awarded several medals. Later on (until 1903) he studied at the Antwerp Academy under the direction of Albrecht and Juliaan de Vriendt. He worked in Den Bosch from 1904 to 1905, in Meerssen in 1906, in Teteringen until 1918, in Voorburg up to 1922 and in Wassenaar until his death.

Bogaerts had a considerable reputation for stylish still lifes. He was a member of the Pulchri Studio in The Hague. He signed his work with Jan Bogaerts.