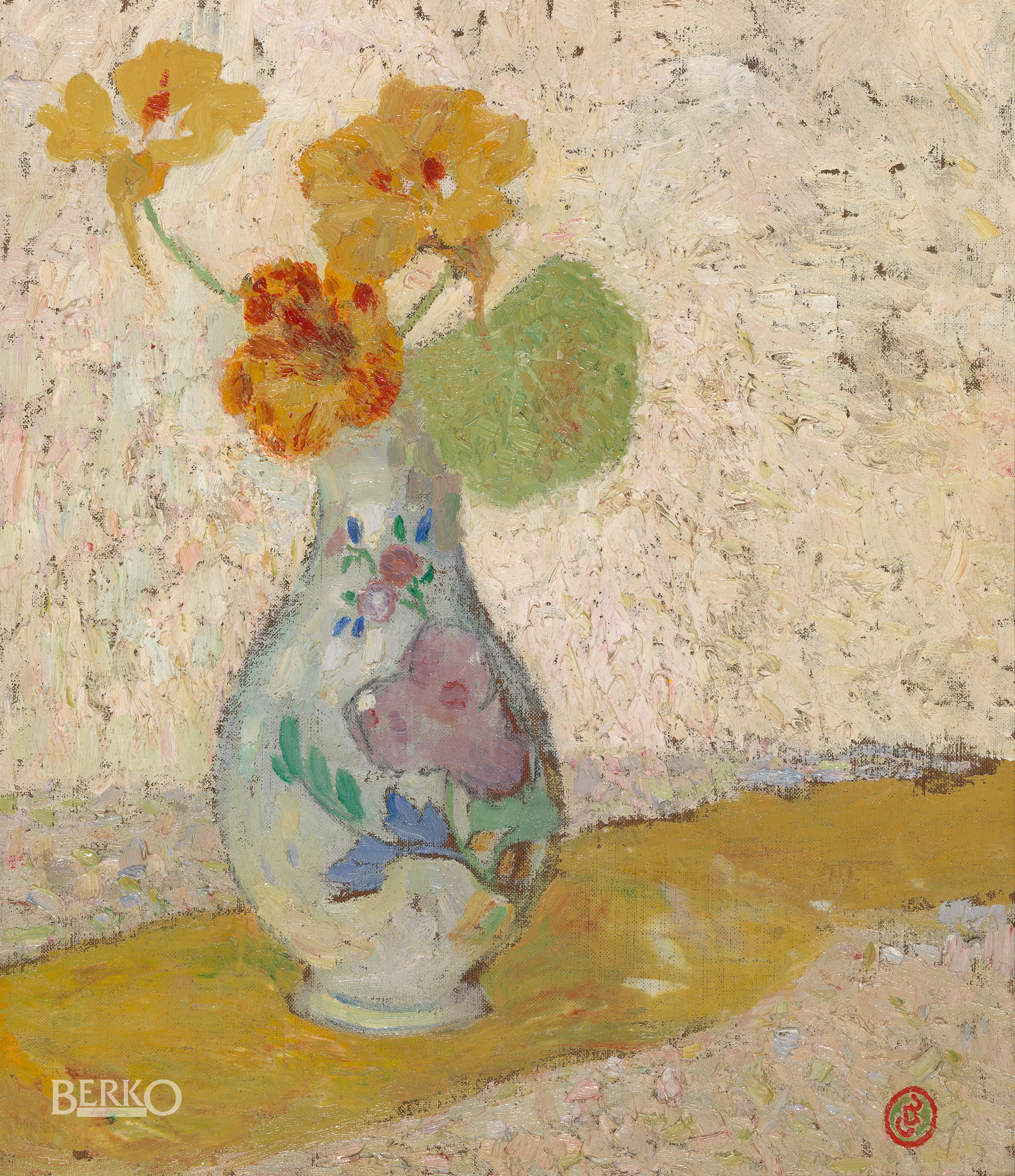 THREE FLOWERS IN A VASE

Gustave De Smet was the brother of Léon De Smet. He started as a painter/decorator, then studied at the Ghent Academy under Jules Van Biesbroeck and Jean Delvin. His impressionist period influenced the German and Austrian Secessionists and he became one of the main figures of Flemish expressionism and the second generation of the Laethem painters. He began working in Laethem St. Martin in 1901.

He spent the First World War (1914-1918) in the Netherlands, where he discovered the figurative cubist Le Fauconnier and he converted to expressionism. His works are dominated by its brown tones and its stylized form and structure. He returned to Flanders in 1922. He settled down in Bachte-Maria-Leerne, after a short stay with Constant Permeke in Ostend.