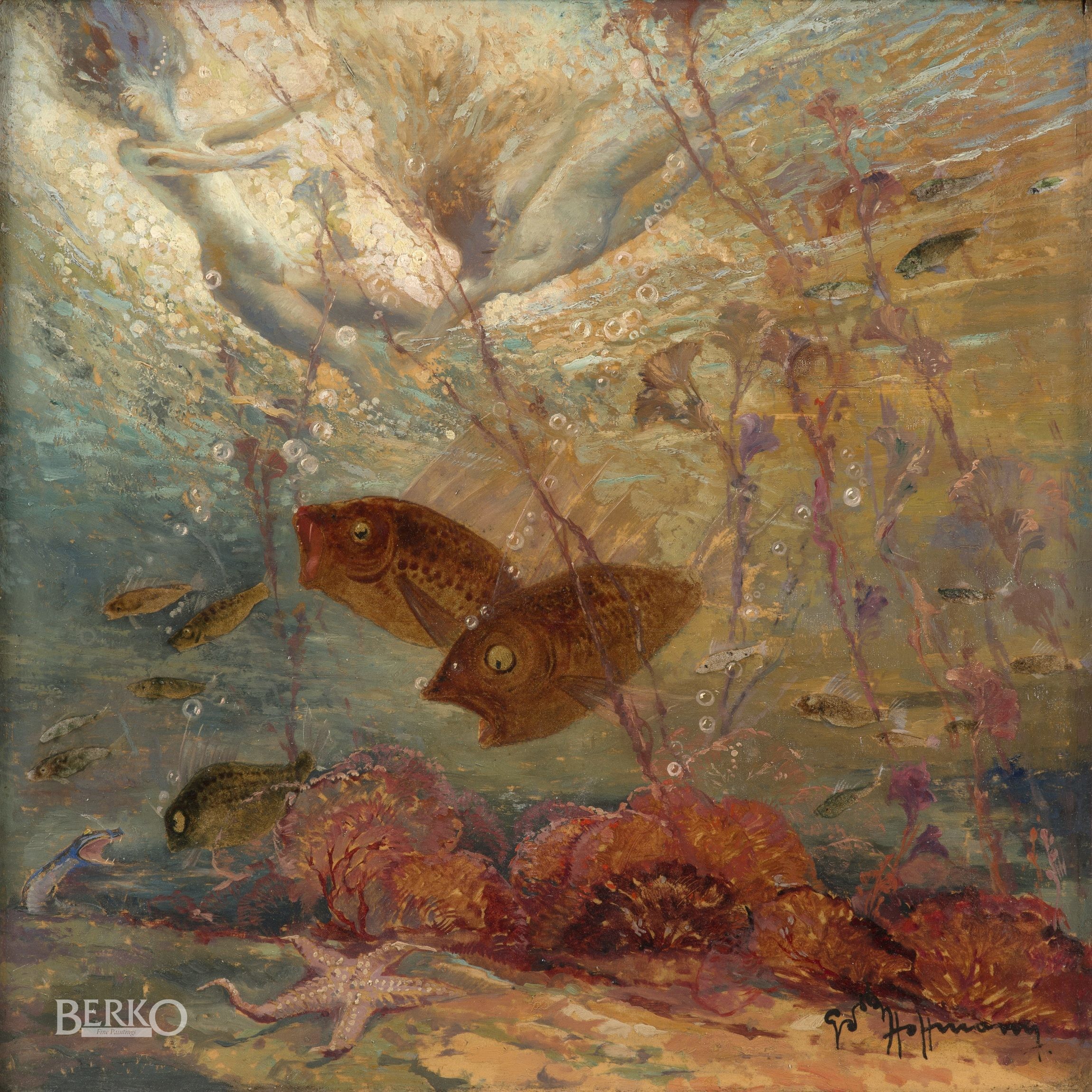 In 1918, he collaborated with Charles Schneider, his friend, met at the Beaux-Arts, whose glassware Épinay-sur-Seine took off with the School of Nancy and was a great success in the 1925s. In 1923, he worked for the Manufacture de Sèvre. The same year, he made the poster for the movie “Vidocq”. In 1925, he made murals for the restaurant Kerhulu in Quebec City: “La Faim” and “La Soif”. These works are now preserved in the National Museum of Fine Arts of Quebec, thanks to a donation of Jean Piché in 1983.

Hoffmann was professor of drawing of the City of Paris. He taught drawing and decorative composition at the École des Beaux-Arts in Quebec from 1924 to 1926. In 1946, he decorated the hall of the City Council of Noyon City Hall representing the great times in the history of the city.