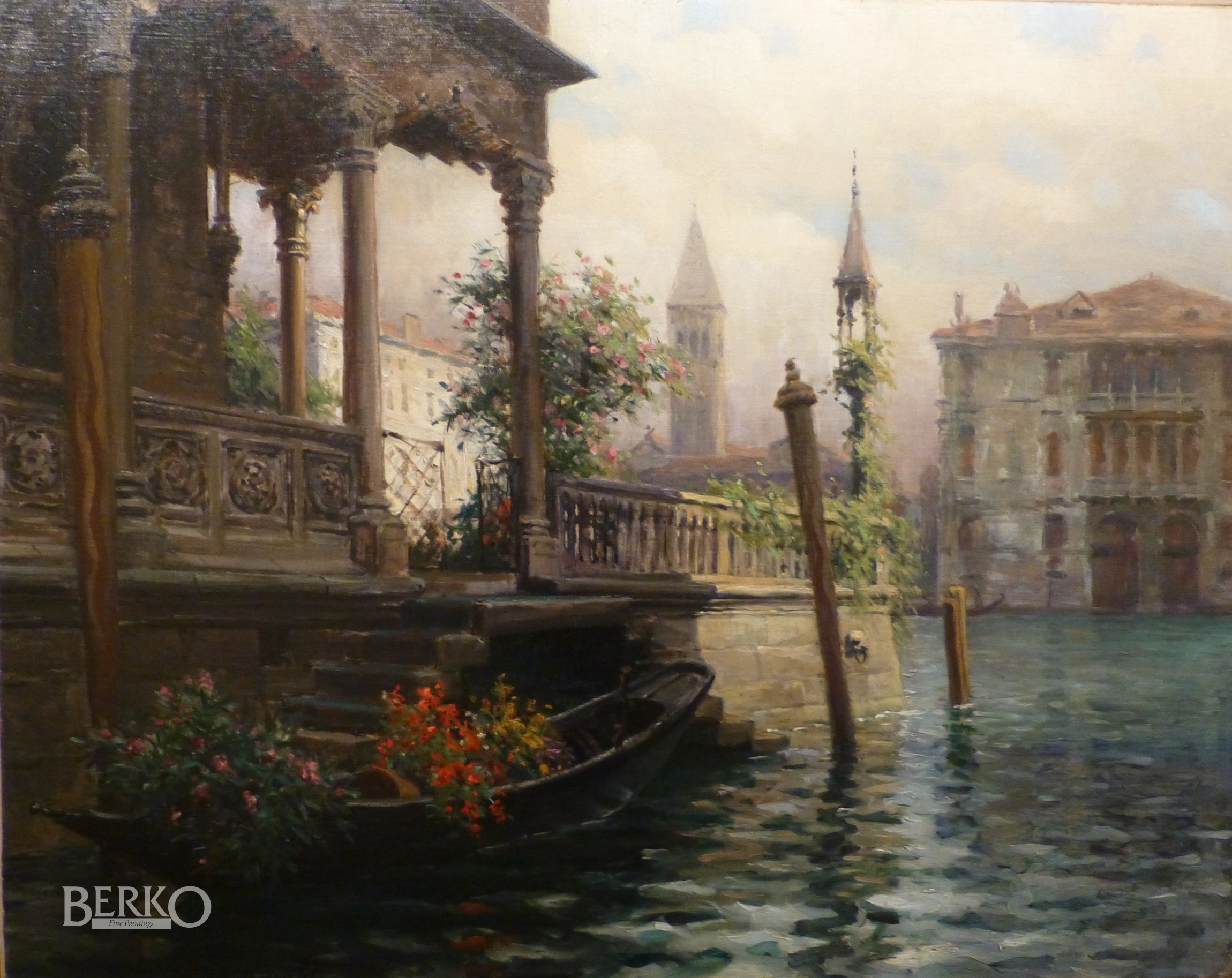 Louis Aston Knight was the son of Daniel Ridgway Knight, under whom he studied. He also worked under Jules Lefebvre and Tony Robert-Fleury. He was a deft painter of landscapes, particularly adept at drawing the best effects from water, which frequently featured in his paintings. He exhibited at the Paris Salons and in the provinces. He obtained many awards including several gold medals in Paris, notably in 1900, at the Exposition Universelle. He was made Officier of the Légion d’Honneur in 1927.

He also exhibited in the United States. He was a favorite of American presidents of his day. In 1922, President Harding purchased his painting entitled “The Afterglow” to hang in the White House. Knight even held a private exhibition in the White House for President Coolidge during his presidency.

This painting has a  label on the back: “Venice; To Victoria Bates (…)”.