Henri Jean Martin moved to Paris at a very early age and entered the studio of Jean Paul Laurens in 1879. From 1880 onwards he exhibited at the ‘Salon des Artistes Français’ in Paris and won a first class medal in 1883 and a gold medal in 1889. His trip to Italy in 1885 had a decisive and positive influence on his style. He used short, separate and parallel brushstrokes, giving his allegorical canvases a misty appearance. In 1896 he was made Chevalier of the Légion d’Honneur as a result of his decorative work at the town hall and in 1900 he won the Grand Prix at the Exposition Universelle. He was made Commandeur of the Légion d’Honneur in 1914 and became a member of the Institut de France in 1918.

Some of his works are conserved at the “Kresge Art Museum” in East Lansing, USA. 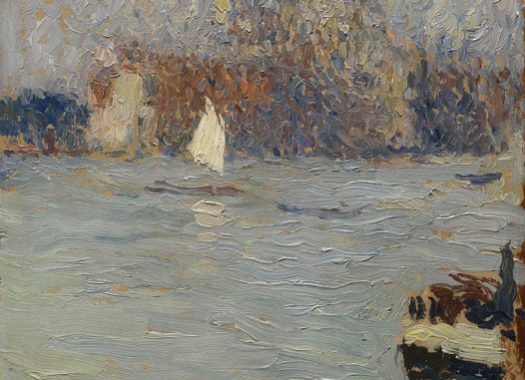