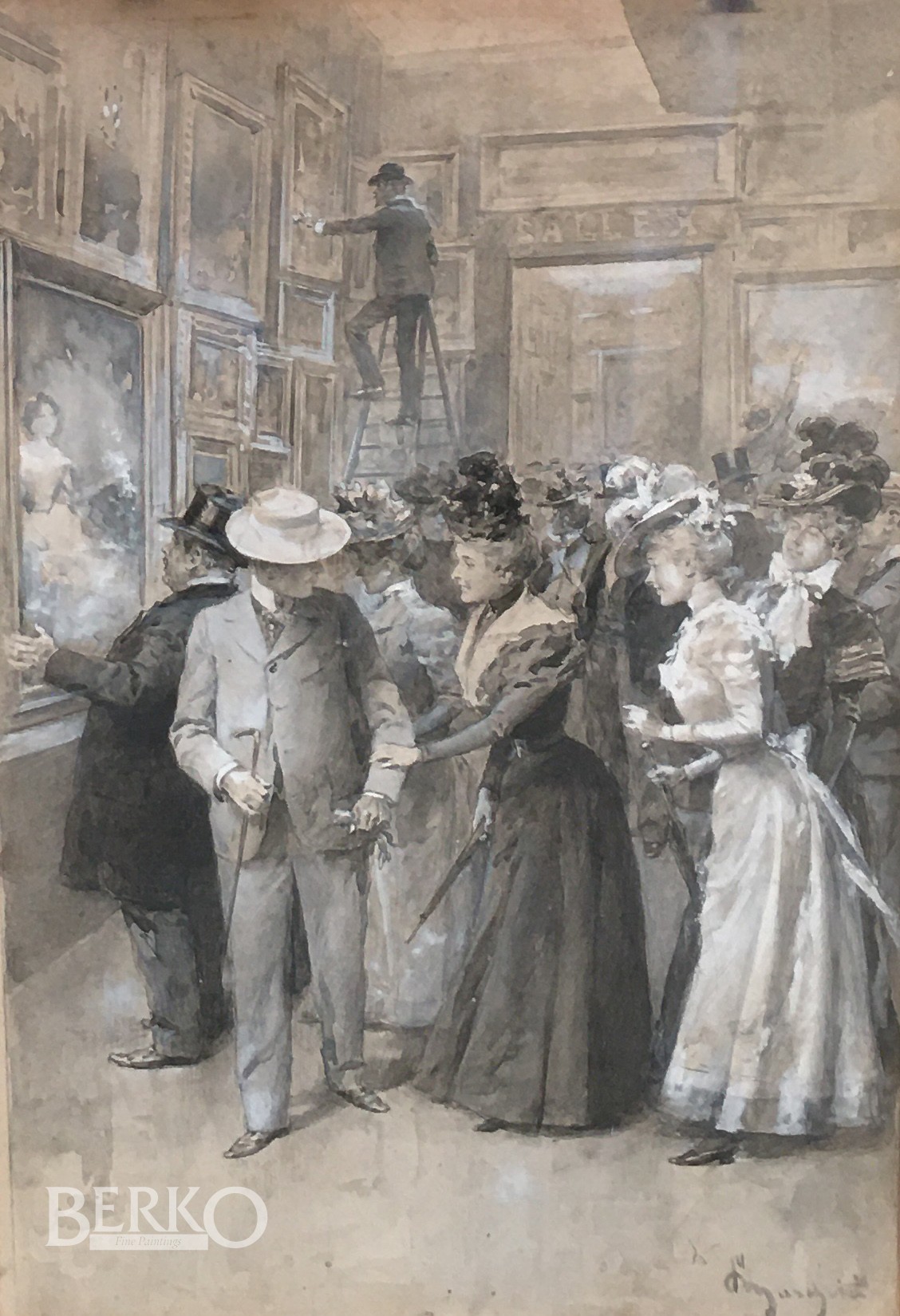 After his apprenticeship with Mariano Fortuny, the Rome based Spanish painter, Ludovico Marchetti particularly worked in Rome.
He specially worked and exhibited in Paris, where he settled down in 1878. From 1882 onwards he also participated at several German Salons, in particular at those of Berlin and Munich. He won a bronze medal at the 1889 World Fair.