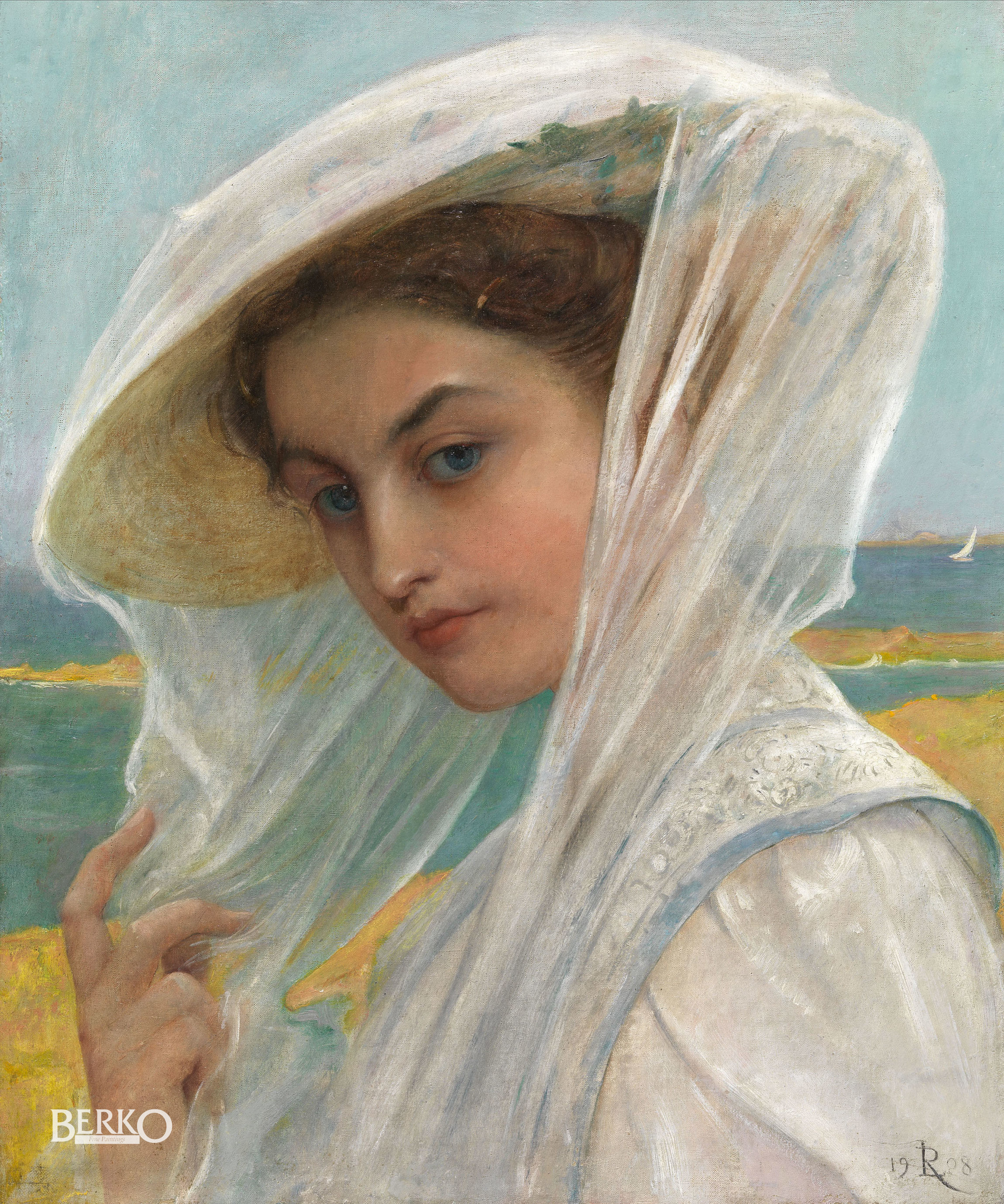 YOUNG WOMAN BY THE WATER

Painter of religious and mythological subjects, portraits and murals.

Lionel Noël Royer was a pupil of Cabanel and Bouguereau. He painted murals for churches, a “Christ on the Cross” for the cathedral of Le Mans and “Germanicus Paying Last Honors to Varus” for the Le Mans Town Hall.  He exhibited at the Salon of 1874, where he won a second-class medal in 1896, and at the Salon des Artistes Français, of which he was awarded the hors concours.

In 2001, he was represented in the exhibition “Peintres et la Sarthe” (“Painters and the Sarthe Region”), held in Le Mans at the Musée de la Reine Bérangère (19th century) and the Abbaye de l’Epau (20th century).