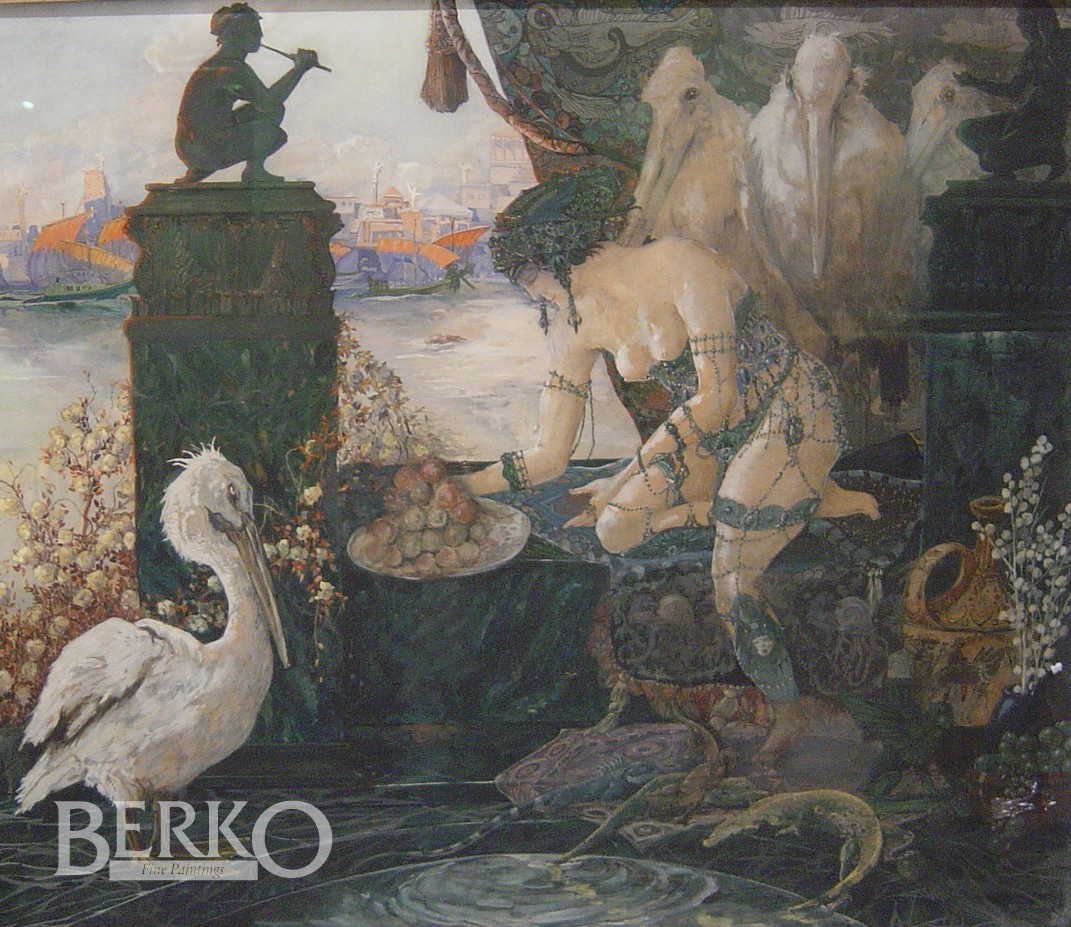 Painter of symbolic and mythological subjects; watercolourist and illustrator.

Georges Drains was a painter and watercolourist of symbolic subjects, but also an illustrator, of which works we cite “Les Complaintes” by Jules Laforgue and “Gestes, suivis des Paralipomenes d’Ubu” by Alfred Jarry.

Dido, also called Elissa in Greek legend, the reputed founder of Carthage, was the daughter of the Tyrian king Mutto (or Belus), and wife of Sychaeus (or Acerbas).

Her husband having been slain by her brother Pygmalion, Dido fled to the coast of Africa where she purchased from a local chieftain, Iarbas, a piece of land on which she founded Carthage. The city soon prospered, and Iarbas sought Dido’s hand in marriage. To escape from him, Dido constructed a funeral pyre, on which she stabbed herself before the people. Virgil, however, in his Aeneid, reshaped this story to make Dido a contemporary of Aeneas, whose descendants founded Rome. Dido fell in love with Aeneas after his landing in Africa, and Virgil attributes her suicide to her abandonment by him at the command of Jupiter. Her dying curse on the Trojans provides a mythical origin for the Punic Wars between Rome and Carthage.

Period:
Born at the end of the 19th Century
French School