Home / Catalogue / EMPEROR WILHELM II ON BOARD OF THE ICE-BREAKER ‘BERLIN’, STETTINER HAFF, 1891 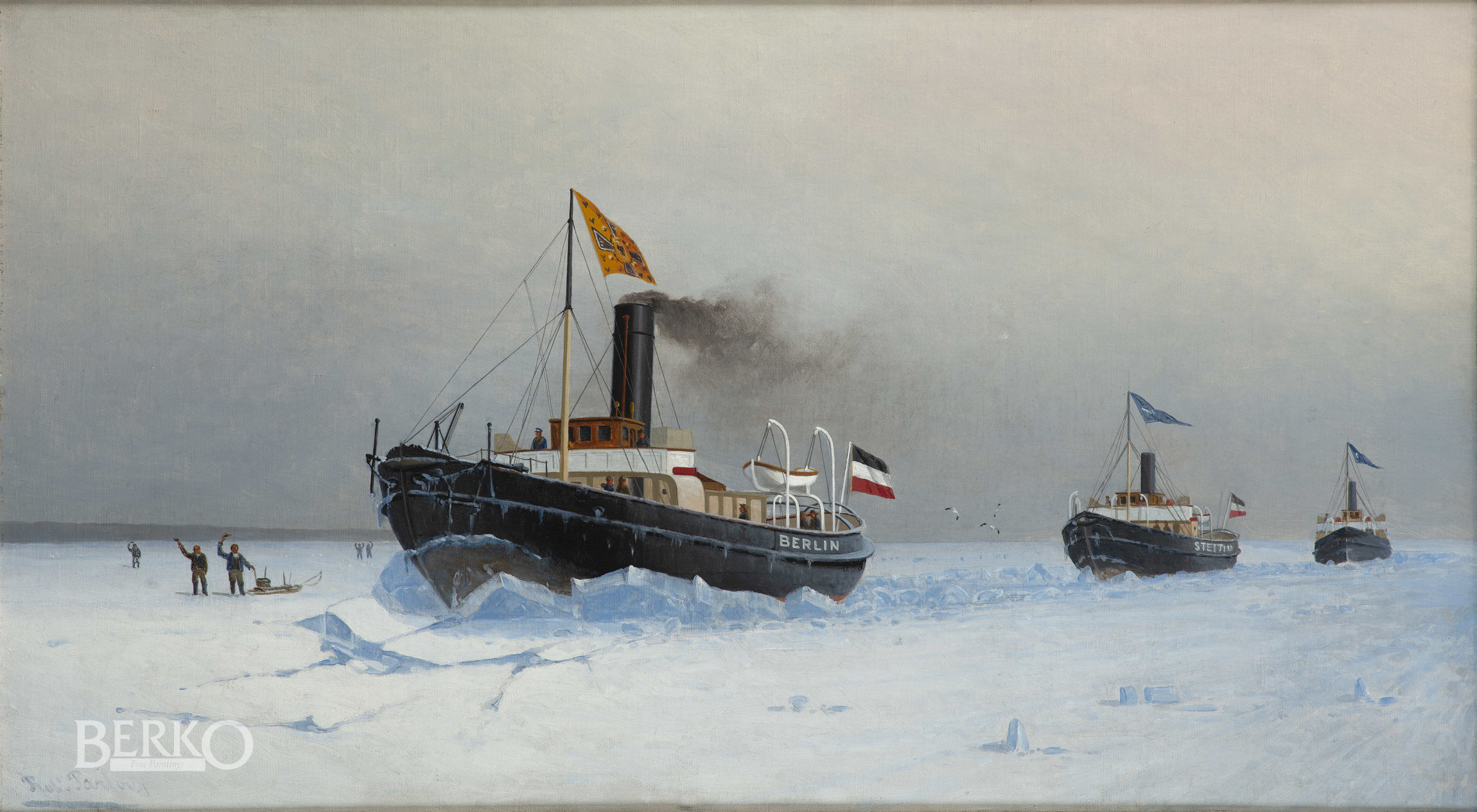 EMPEROR WILHELM II ON BOARD OF THE ICE-BREAKER ‘BERLIN’, STETTINER HAFF, 1891

Robert Parlow was born on February 26, 1835 in Stepenitz and died on November 14, 1901 in Stettin. Robert Parlow’s father, Karl Wilhelm Parlow, came from an old sailor family from Stettiner Haff and owned his own ship, the brig ‘Alfred’. As the eldest son, Robert took over the ship from his father, after having completed the helmsman’s test in 1856 and the ‘skipper’s test for all seas’ in 1859. In 1864 he was able to have a new brig built in Swinoujscie according to his own designs, which he called the ‘Prince Friedrich-Carl’ with the permission of the prince. After starting drawing during his sea voyages, Parlow gave up his profession as a sailor and captain at the age of 35, went to Berlin and attended Professor Eschke’s art academy from 1870 to 1874. One of his classmates was the painter of seascapes Carl Saltzmann (1847-1923), who would become very famous. One of Parlow’s paintings was bought by Prince Adalbert in 1873 and another in 1874 by Prince Friedrich Karl. After completing his studies, Parlow returned to his family in Stepenitz. In addition to painting, he built a new life in Stettin at Baltic Lloyd. In 1891 and 1894 Emperor Wilhelm II bought works from him, in 1895 the Duke of Mecklenburg and a year later the Prince of Schaumburg-Lippe. His paintings were also admired by many of Szczecin’s bourgeois families. Parlow had had a heart condition since the 1880s, which eventually caused him to die at the age of 66.

The painting depicts Emperor Wilhelm II on the bridge of the icebreaker ‘Berlin’ in the Stettiner Haff. More precisely, it is a view of the three icebreakers of the Stettiner Vulcan shipyard during the voyage from Swinoujscie to Stettin on January 13, 1891.