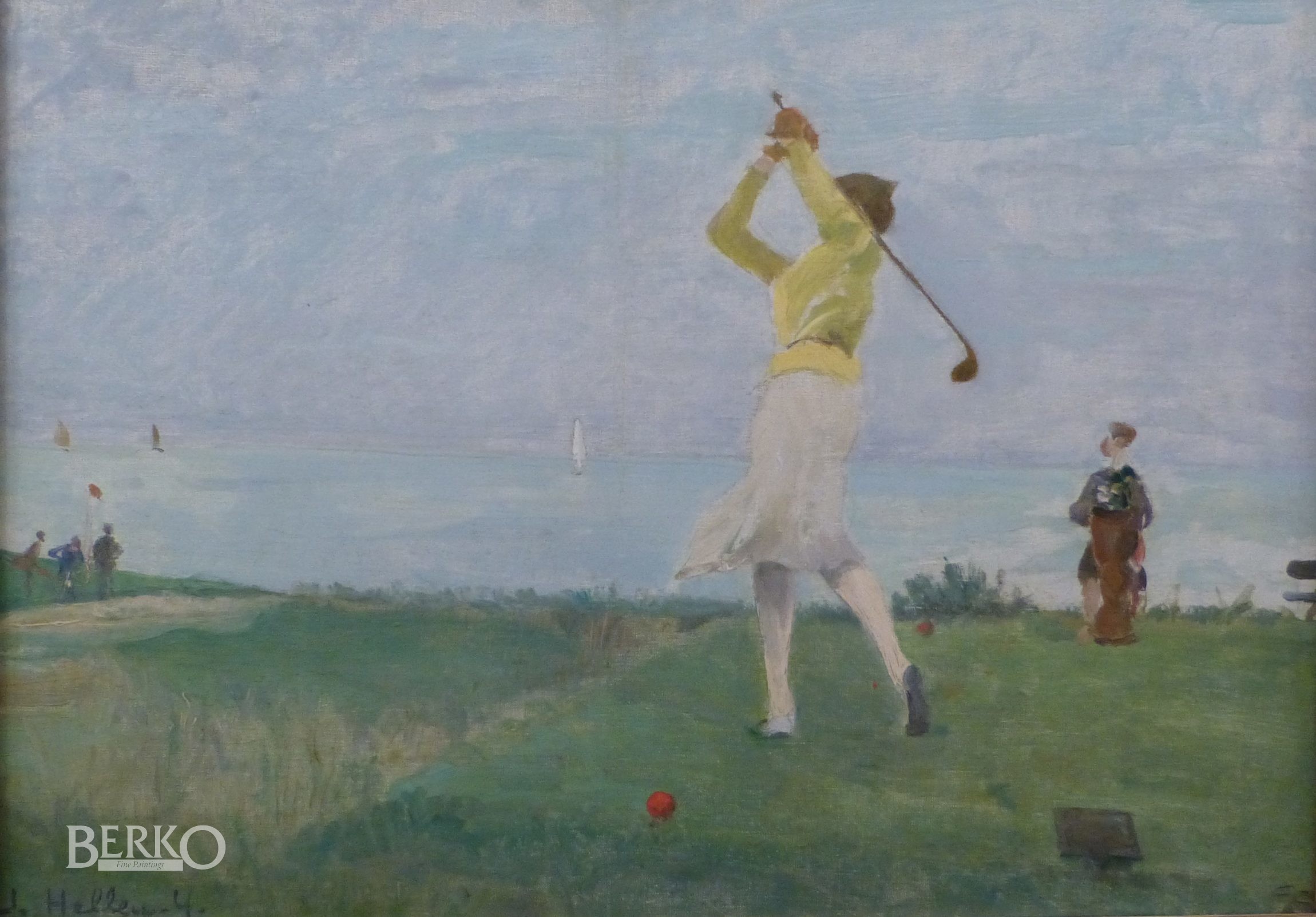 Painter of landscapes and seascapes; watercolourist.

Jean Helleu was born in Paris on November 29, 1894 as the son of the painter Paul Helleu. He exhibited at the main Salons in Paris, including the Salon des Tuileries, and was made official painter to the Navy in 1945.

Pierre du Colombier, presenting his first exhibition in 1943, said of him: “Helleu is certainly not one of those painters who present the public with their early attempts. Due to family circumstances and personal preference he began painting at a very early age but delayed showing his work until he considered it worthy.”

Instead of doing what made his father famous, Jean Helleu deliberately turned to another art form: landscape and, preferably, seascapes. For his seascapes he often depicted beaches and busy harbours.

He had a lively touch and it seems that he was more attracted by the luminous enchantment of the sea than by its majesty.