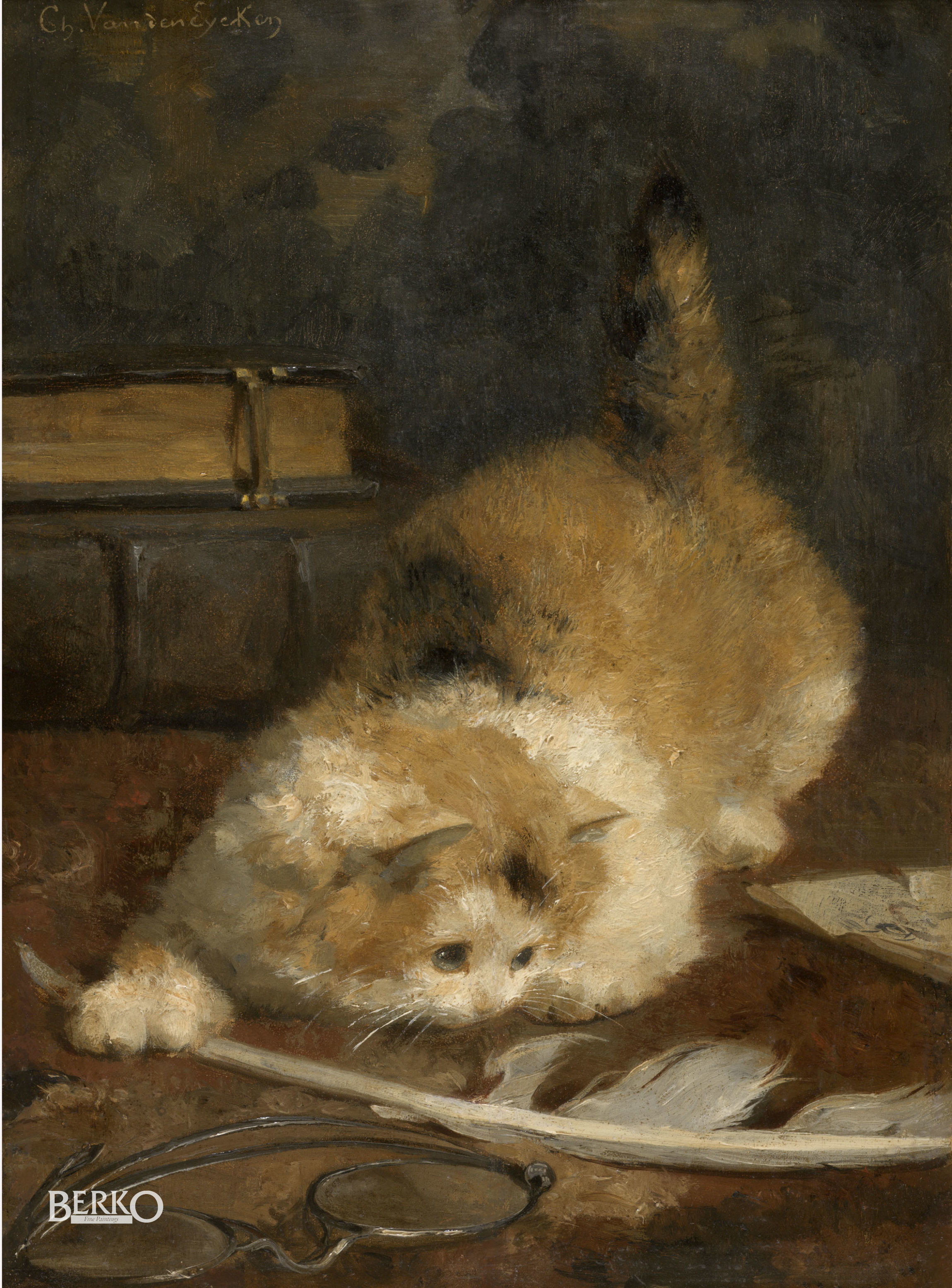 Painter of animals and interiors.

From 1881 on he was a regular exhibitor in Brussels, Liège, Ghent and Antwerp, as well as in Holland, Germany and Spain. He painted several works for Queen Marie-Henriette of Belgium. Van Den Eycken specialised in painting dogs and cats. Member of the group ‘l’Essor’. Was awarded several medals for his work.